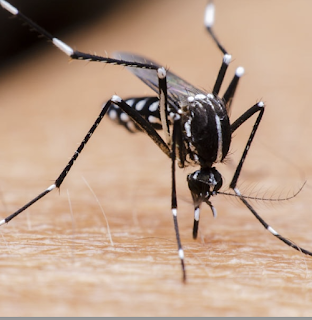 Aloha Mosquito Friday!
World Mosquito Day takes place on the anniversary of the day in 1897 when British doctor Sir Ronald Ross discovered that the female Anopheles mosquitoes transmit malaria between humans. This led to scientists ability to better understand the relationship between mosquitoes and diseases, and what could be done to combat it. In 1902, Ross received the Nobel Prize for medicine for his work.

US Bureau of Land Management reconsiders protecting 10 million acres of sage grouse habitat
The Obama administration temporarily enacted a plan to withdraw what are called “sagebrush focal areas” from mining and drilling during the president’s second term, but called for a full environmental review to make the withdrawal permanent. The Trump administration, upon taking office, abandoned that plan, opening those 10 million acres for business.

Extinction of B.C. Interior steelhead runs imminent: experts
Only 19 spawning adults returned to the Chilcotin watershed this spring, down from 418 in 2015 and a peak of 3,149 in 1985.

Did the oldest male southern resident orca die too young — at just 35?
He was last seen struggling against the current, terribly emaciated, one of the skinniest orcas ever seen alive.

Ghost boats are haunting Puget Sound waters
It can cost over $10,000 to properly dispose of a boat that is no longer in working order. Some owners are choosing to abandon ship instead; causing big problems for marina managers and the environment.

Skeptics of sea otter reintroduction getting organized on Pacific Coast
Sea otters are undeniably cute, but cuteness only goes so far when major economic interests are at stake.

Court Blocks a Vast Alaskan Drilling Project, Citing Climate Dangers
The multibillion-dollar ConocoPhillips plan, known as Willow, was approved under the Trump administration and then legally supported by the Biden administration.

Duwamish River Cleanup Coalition calls on EPA to maintain standards set in 2014
A polluted river runs through the heart of industrial Seattle. The Lower Duwamish waterway was designated a Superfund site in 2001.

Posted by Salish Sea Communications at 6:52 AM