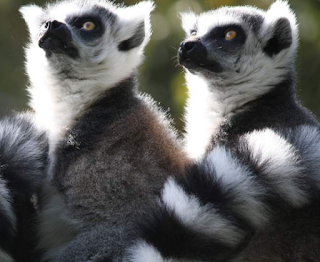 Controversy flares up over proposed policy revisions for state salmon hatcheries
A state policy revision that could boost salmon production at fish hatcheries in Washington state has raised red flags among scientists and environmental groups worried about potential damage to wild salmon runs.

Fight over Snake River dams is likely going back to court
The fight over salmon and dams on the Columbia and Snake rivers could be headed back to the courtroom. Conservation and fishing groups say the federal government’s newest plans to manage dams and protect salmon are inadequate.

Trump administration buries dozens of clean energy studies
The Department of Energy has blocked reports for more than 40 clean energy studies. The department has replaced them with mere presentations, buried them in scientific journals that are not accessible to the public, or left them paralyzed within the agency.

With Justice Barrett, a Tectonic Court Shift on the Environment
The accession of Amy Coney Barrett to the U.S. Supreme Court will cement a conservative majority that is likely to give polluting industries freer rein, limit the ability of citizens to sue, and call into question the very basis of the EPA to issue and enforce regulations.

Wolves To Lose Federal Protection In Washington And Oregon, Conservation Groups Vow A Fight
The federal government says it will remove endangered species protections for gray wolves in the Lower 48. The move will reduce protections for the predators in the western two-thirds of Washington and Oregon.

Development has made the Pilchuck River warmer, harming fish
The Pilchuck River is getting warmer, and that’s not a good sign for future salmon runs. The temperature of the water has risen about 5.4 degrees Fahrenheit above the historic norm, according to the state Department of Ecology.

Posted by Salish Sea Communications at 10:02 AM No comments:

The Elwha dams are gone and chinook are surging back, but why are so few reaching the upper river?
They were the king of kings in Puget Sound, the biggest chinook of them all, strong enough to muscle up the falls at the Goblin Gates and power on all the way through nearly 4 miles of chutes and falls in the Grand Canyon of the Elwha...But fewer chinook are reaching the deliciously cold, uppermost reaches of the watershed. Why?

Minor bridge modifications could help young steelhead escape from Hood Canal
Help could be on the way for migrating steelhead and salmon in Hood Canal, where many young fish are killed each year by seals and other predators that lie in wait at the Hood Canal floating bridge.

Salish Sea Shared Waters forum wraps up third and final year of work to reduce risks of oil spills
Washington has been stepping up systems to prevent and reduce the risk of oil spills, due in part to the looming expansion of Canada’s Trans Mountain Pipeline.

New study suggests fish farms raise risk of exposure to infectious disease for wild B.C. salmon
A new study suggests that the presence of active fish farms in B.C. waters can more than double the chance of finding genetic material from pathogens that cause disease in wild salmon.

What Would a British Columbia Seal and Sea Lion Cull Actually Entail?
University of British Columbia (UBC) professor emeritus of oceans and fisheries Carl Walters is pushing for the slaughter of 50,000 harbor seals and 25,000 Steller sea lions—half their populations on the BC coast. Another 3,000 seals per year would be killed on an ongoing basis to keep the animals in check.

There's A Lot At Stake For The Climate In The 2020 Election
Joe Biden calls climate change an existential threat to our health, economy, and national security. President Trump continues to question climate science.

Posted by Salish Sea Communications at 2:15 PM No comments: 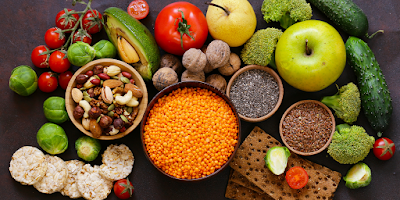 Aloha World Food Day!
World Food Day is an international day celebrated every year around the world on 16 October in honor of the date of the founding of the Food and Agriculture Organization of the United Nations in 1945.

Park reopens as project to help Chico Creek salmon wraps up
There's a new bridge, a restored stream, and now all that's left to wait for are the surging salmon. Fall chum runs will soon fill Chico Creek, and thanks to a $4.4 million project that replaced a box culvert with a bridge on Golf Club Hill Road, their journey to spawn should run a little easier.

Earth has warmest September on record, and 2020 may clinch hottest year
The planet just recorded its hottest September since at least 1880, according to three of the authoritative temperature-tracking agencies in the world. The data, most of which was released Wednesday, shows that 2020 is on track to be one of the hottest years on record, with the possibility of tying or breaking the milestone for the hottest year, set in 2016.

Winter in Seattle area expected to be colder, wetter than usual, says new report
The Puget Sound region is likely to have a La Niña winter this year, meaning it will be a colder and wetter season than usual, according to a new report. Christine Clarridge reports. (Seattle Times) B.C.'s South Coast could be colder and snowier than normal this winter, meteorologists say  Experts say a developing La Niña could mean more winter storms on B.C.'s South Coast. Tiffany Crawford reports. (Vancouver Sun)

Wildfire smoke in US exposes millions to hazardous pollution
Wildfires churning out dense plumes of smoke as they scorch huge swaths of the U.S. West Coast have exposed millions of people to hazardous pollution levels, causing emergency room visits to spike and potentially thousands of deaths among the elderly and infirm, according to an Associated Press analysis of pollution data and interviews with physicians, health authorities and researchers.  Matthew Brown and Camille Fassett report. (AP)

Posted by Salish Sea Communications at 11:12 AM No comments: 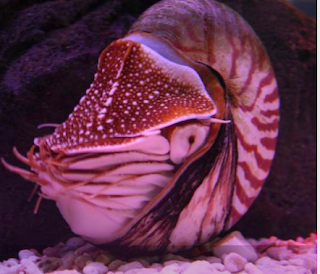 Chambered nautiluses (Allonautilus and Nautilus species) are the only living descendants of a group of ocean creatures that thrived in the seas 500 million years ago when the earth’s continents were still forming. Chambered nautiluses are known as living fossils because they have remained virtually unchanged for millions of years. Among the last representatives of the ancient lineages of cephalopods (animals with no backbones but with tentacles or arms), chambered nautiluses are easily distinguished from their closest living relatives -- the octopus, squid, and cuttlefish -- by their distinctive external coiled shells. A feat in molluscan evolution, the internal chambers of their shell provide a buoyancy mechanism to facilitate movement that inspired the inventor of the earliest modern submarine to name the invention “Nautilus.”

Puyallup Tribe plans to sue Pierce County dam owner over AstroTurf, impacts on fish
The Puyallup Tribe intends to sue Electron Hydro and its backers over violations of the Clean Water Act and the Endangered Species Act.

Multiple wildlife species being managed to zero, BCWF says
B.C.’s spending on wildlife and habitat protection has declined by 65 per cent over the past 20 years as wild populations of caribou and endangered runs of steelhead and salmon plumb new lows, according to an analysis by the B.C. Wildlife Federation.

Canada to ban plastic grocery bags and straws in 2021
Plastic bags and straws could be illegal in Canada come next year. Federal environment minister Jonathan Wilkinson announced the list of single-use plastic items the Liberals plan to ban in order to achieve zero plastic waste by 2030.

Posted by Salish Sea Communications at 3:10 PM No comments: 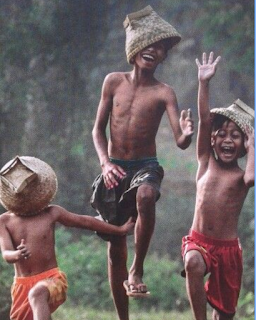 Judge hears lawsuit over fish farms
Whether Cooke Aquaculture’s plan to raise native steelhead at fish farms in Puget Sound is a simple business transition or a complex threat to the marine ecosystem is being debated in King County Superior Court.

‘Super-Enzyme’ Speeds Up Breakdown of Plastic, Researchers Say
A new cocktail of enzymes that speeds up the degradation of plastic offers a step forward in finding a new form of recycling that is faster, is more affordable and works on a larger scale than current methods, British and American researchers said this week.

British Columbia’s Seamounts Are Becoming Uninhabitable
In the northeast Pacific, the upper 3,000 meters of water has lost 15 percent of its oxygen over the past 60 years, and the top 500 meters is simultaneously becoming more acidic at an unprecedented rate, a study by Fisheries and Oceans Canada scientists has found.

Youth activists say Canada has legal duty to protect vital resources as public hearing ends
Fifteen young Canadians attempting to sue the federal government say the country has a duty to all its citizens to protect vital natural resources like the air and shorelines — a duty it's failing by emitting greenhouse gases.

Posted by Salish Sea Communications at 2:40 PM No comments: