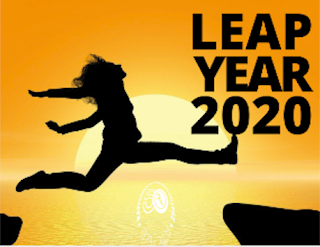 Aloha Leap Year Friday!
2020 is a "leap" year (also known as an intercalary year or bissextile year). Tomorrow the 29th is a date that usually occurs every four years and is called the "leap" day which is added to the calendar in leap years as a corrective measure because the Earth does not orbit the sun in precisely 365 days. By inserting an additional day or month into the year, the difference can be corrected. Hey, jump!

Vancouver-based Teck withdraws application for Frontier mine in Alberta
Teck Resources Ltd. says it’s withdrawing its application for a massive oilsands mining project just days ahead of an expected government decision, citing the political discourse over climate change. The company says it will take a $1.13 billion writedown on the Frontier project in Alberta.

Scientists Gather In The PNW To Study Risks Of Microplastic Pollution
This week, a group of five-dozen microplastics researchers from major universities, government agencies, tribes, aquariums, environmental groups and even water sanitation districts across the U.S. West is gathering in Bremerton, Washington, to tackle the issue.

U.S. Navy Deploys Acoustic Sensors to Track Whales in Salish Sea
The U.S. Navy is adapting an acoustic sensor system in order to monitor marine mammals in the Nanoose Bay test range in the Strait of Georgia.


Judge voids nearly 1 million acres of oil and gas leases, saying Trump policy undercut public input
A federal judge in Idaho ruled Thursday that a Trump administration policy limiting public input on oil and gas leasing decisions was “arbitrary and capricious,” overturning the 2018 directive and voiding 1 million acres of leases out West that were auctioned off under the new approach.

Posted by Salish Sea Communications at 7:38 AM No comments: 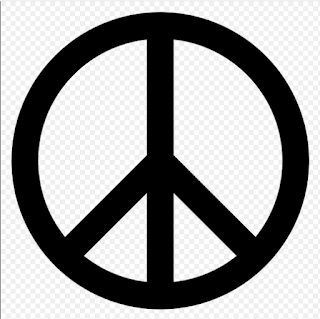 Aloha Peace Symbol Friday!
The peace symbol was commissioned on May 21 in 1958 by the Campaign for Nuclear Disarmament and was designed by Gerald Holtom as the logo for the British CND and adopted by anti-war and counterculture activists in the US and elsewhere. The symbol is a super-imposition of the semaphore signals for the letters "N" and "D", taken to stand for "nuclear disarmament." (Wikipedia)

Stop work on Coastal GasLink to allow meaningful dialogue on B.C. pipeline project, says Indigenous leader
A B.C. Indigenous leader says the prime minister needs to immediately come to the table with Indigenous leaders who oppose the construction of a pipeline in northern B.C. and the project should be halted while conversations take place.

The EPA is about to change a rule cutting mercury pollution. The industry doesn’t want it.
[As} the Environmental Protection Agency prepares to finalize the latest in a long line of rollbacks, the nation’s power sector has sent a different message: Thanks, but no thanks.

Group asks for injunction regarding Growler flights
The Citizens of Ebey’s Reserve (COER) is asking a federal judge to require the Navy to roll back the number of EA-18G Growler practice flights at Outlying Field Coupeville to pre-2019 levels until a lawsuit over the number of Growler flights is settled.

Controversial Wild Olympics Act passes U.S. House
The divisive Wild Olympics Wilderness and Wild and Scenic Rivers Act passed out of the U.S. House of Representatives Wednesday, some eight years after it was first introduced by Sen. Patty Murray and then-Congressman Norm Dicks in 2012.

Feared return of 'The Blob' fizzles as storms churn, chill Pacific Ocean
It looked big. It looked bad. But the marine heat wave that threatened much of the West Coast in the fall of 2019 has mostly dissipated, at least at the surface.

Oil and Gas May Be a Far Bigger Climate Threat Than We Knew
Oil and gas production may be responsible for a far larger share of the soaring levels of methane, a powerful greenhouse gas, in the earth’s atmosphere than previously thought, new research has found.

Posted by Salish Sea Communications at 12:09 PM No comments: 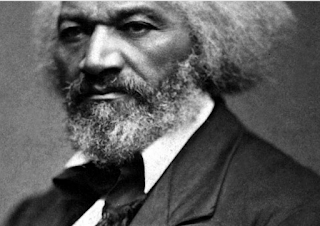 Aloha Frederick Douglass Friday!
Today we celebrate the life of Frederick Douglass, a nineteenth-century abolitionist, writer, and orator, who was one of the most prominent African American leaders of his time. It is believed that Douglass was born on today's date, in 1818, although his exact birthdate is not known. In 1926, Carter G. Woodson created "Negro History Week," choosing the second week of February because it encompassed the birthdays of Douglass and Abraham Lincoln. This eventually became Black History Month, and celebrations of Frederick Douglass Day stemmed from this.


Oyster farm gets county OK for first phase only
The first portion of a three-phase oyster farm planned by the Jamestown S’Klallam Tribe within the Dungeness National Wildlife Refuge has received approval from the county’s hearing examiner after years of analysis and discussion. (Peninsula Daily News)

Groups sue over steelhead farming in Puget Sound
Four nonprofits filed a joint lawsuit Tuesday against the state Department of Fish & Wildlife for issuing a permit for steelhead farms in the marine waters of Skagit and Kitsap counties.  (Skagit Valley Herald)

'We still have title': How a landmark B.C. court case set the stage for Wet'suwet'en protests
Amid the backdrop of nationwide protests, blockades, and arrests, Wet'suwet'en hereditary chiefs on the front lines of the fight to stop a pipeline in their traditional territories are pointing to a Supreme Court case from the 1990s that underscores their authority over the land. (CBC)

Posted by Salish Sea Communications at 11:19 AM No comments: 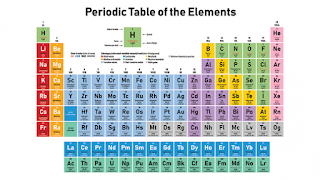 Aloha Periodic Table Friday!
The periodic table, also known as the periodic table of elements, is a tabular display of the chemical elements, which are arranged by atomic number, electron configuration, and recurring chemical properties. The structure of the table shows periodic trends. The seven rows of the table, called periods, generally have metals on the left and non-metals on the right. The columns, called groups, contain elements with similar chemical behaviours. Six groups have accepted names as well as assigned numbers: for example, group 17 elements are the halogens; and group 18 are the noble gases. Also displayed are four simple rectangular areas or blocks associated with the filling of different atomic orbitals. (Wikipedia)

New Study Casts Shadow on LNG Fuel’s Climate Footprint
One of the shipping industry’s great hopes for improving its environmental performance — engines powered by liquefied natural gas — won’t offer the benefits that many vessel owners are hoping for.

Navy to test drinking water from wells bordering Bangor for contamination
The Navy will test the drinking water of residents whose homes border Naval Base-Kitsap to determine whether there are dangerous levels of contamination from firefighting foam once used at Bangor.

Lawmakers want to protect water rights in Washington from Wall Street speculation
Worries that moneyed interests could control Washington’s water have sparked a push in Olympia to cut Wall Street bankers and international investors out of the state’s convoluted water rights system.

Trump Administration Finalizes Plans To Allow Development On Downsized Monuments
More than two years after carrying out the largest reversal of national monument protections in U.S. history, the Trump administration has finalized plans for the roughly 2 million acres of formerly protected land in southern Utah.

Bill to add federal protections to Puget Sound passes in U.S. House
A bill to coordinate local, state, tribal and federal efforts to preserve and restore Puget Sound passed in the U.S. House of Representatives on Feb. 5 by voice vote with bipartisan support.

Posted by Salish Sea Communications at 10:15 AM No comments: