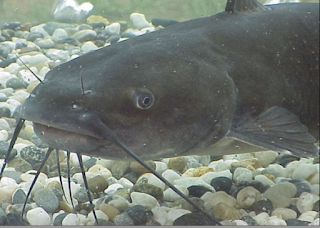 Aloha National Catfish Day!
Living catfishes constitute nearly 2,900 species placed in about 35 families. The majority of species inhabit fresh water, but a few, belonging to the families Ariidae and Plotosidae, are marine. Freshwater catfishes are almost worldwide in distribution and live in a variety of habitats from slow or stagnant waters to fast mountain streams; marine catfishes are found in the shore waters of the tropics. Catfishes are generally bottom dwellers, more active by night than by day. Most are scavengers and feed on almost any kind of animal or vegetable matter.

Your Fourth of July celebrations are likely polluting local air and water. Here’s how
As you enjoy watching fireworks this Fourth of July, consider the toll they’re taking on the environment, including nearby air quality, bodies of water and wildlife.

B.C. gets a C grade in protecting land and oceans: report
B.C. may be doing some things right when it comes to protecting the environment, but not enough to receive top marks, says a new environmental report card.

The Record Temperatures Enveloping The West Are Not Your Average Heat Wave
...It gets hot in the summer. But this record-setting heat wave's remarkable power, size and unusually early appearance is giving meteorologists and climate experts yet more cause for concern about the routinization of extreme weather in an era of climate change.

More info for the feds coming on Delta port expansion
The citizens’ group Against Port Expansion (APE) continues its push for the federal government to turn down the Port of Vancouver’s proposed Terminal 2 (T2) project at Roberts Bank.

BC Looks like an LNG Loser: Report
Once touted as an economic powerhouse, the liquified natural gas industry is on the rocks, according to a worldwide survey of LNG terminals from the Global Energy Monitor, a non-profit research group responding to climate change.

Work at Big Bar slide site means Fraser River salmon should have better chance this year
On the two-year anniversary of the discovery of the massive Big Bar landslide on the Fraser River, officials say they are seeing some success in remediating the devastation caused to the river's native salmon.

Hot salmon: Heat wave brings concern for Northwest water temps as memory of 2015 die-off looms
As the mercury climbs this weekend, water temperatures are also expected to increase. Warmer waters can spell bad news for salmon, especially if the temperatures stay warm for long periods of time. For salmon, temps above 68 degrees Fahrenheit can be dangerously warm. The fish will often take refuge in cooler areas, like tributaries. Courtney Flatt reports. (KNKX)

Posted by Salish Sea Communications at 7:18 AM No comments: 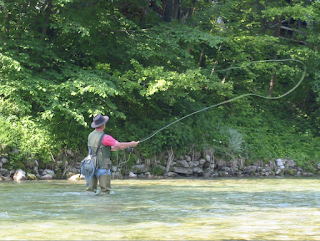 Aloha Go Fish Day!
Observed annually on June 18, National Go Fishing Day is a great day to take time from your daily routine to find a stream, a lake or pond, bait your hook, cast your line and catch a fish or two (or ten). Fishing is a recreational pastime of many, and if you’re lucky, you can bring home a fresh catch.

Biden officials move to reinstate Alaska roadless rule, overturning Trump policy
The Biden administration said Friday that it would “repeal or replace” a rule allowing roads and other types of development in more than half of Alaska’s Tongass National Forest, reviving 20-year-old protections President Donald Trump had stripped three months before leaving office.

Federal judge upholds decision to deny permits to expanded Belfair gravel mine
A federal judge has upheld a decision by the Mason County Hearing Examiner to overturn a surface mining permit for a 66.5-acre gravel mine in Belfair.

Coastal logging needs old-growth for at least next decade, forester says
Forestry companies on the coast are dependent on old-growth logging for at least the next decade because second-growth trees aren’t yet big enough to be harvested, says the co-author of an old-growth strategic review.

Tiny specks bring big hope that ocean is improving after the devastating ‘Blob’
... for the first time since a devastating marine heat wave that peaked through 2014 and 2015, researchers see in the abundance, condition and diversity of plankton recently sampled off the West Coast signs of a change for the better in ocean conditions.

Site prep underway at contested development near Mukilteo
Construction preparation has begun again at a controversial development site south of Mukilteo. And this time, it’s under the direction of a new developer. Lennar Northwest paid $24 million for the roughly 22 acres known as Frognal Estates.

Biden to sign bill making Juneteenth a federal holiday
The United States will soon have a new federal holiday commemorating the end of slavery. The House voted 415-14 on Wednesday to make Juneteenth, or June 19th, the 12th federal holiday, and President Joe Biden is scheduled to sign the bill into law on Thursday.

Researchers identify shellfish-killing phytoplankton behind massive summer die-offs in Puget Sound
In July of 2018 and 2019, large numbers of oysters, cockles and clams died on beaches all around Puget Sound. No one knew why.

Posted by Salish Sea Communications at 7:20 AM No comments:

Aloha King Kamehameha Day!
King Kamehameha Day is a public holiday in Hawaiʻi that honors Kamehameha I, the Hawaiian king who was also known as Kamehameha the Great and the Napoleon of the Pacific. Kamehameha is known for establishing the unified Kingdom of Hawaiʻi in 1810, which brought together the islands of Niʻihau, Kauaʻi, Oʻahu, Molokaʻi, Lānaʻi, Kahoʻolawe, Maui, and Hawaiʻi. He was monarch of Hawaiʻi from 1782 until his death on May 8, 1819.

Dam relicensing process delayed for additional comment
In response to some indigenous people in Canada saying they were left out of the early review process for the relicensing of Seattle City Light’s Skagit River dams, finalizing the relicensing study plan has been delayed.

Monuments and teams have changed names as America reckons with racism. Birds are next
...America is trying to come to terms with its complicated racial past by changing the names of institutions, ranging from military bases to baseball teams. Now efforts are also underway to change the names of some living monuments — birds.

Alaska Native corporation to protect its land, dealing blow to massive gold mine project
The deal will make it difficult for backers of a massive open-pit gold and copper mine to carry out their project because the new protections cover a portion of a critical route the Pebble Limited Partnership plans to use to transport ore from the mine.

B.C. agrees to defer old-growth logging for 2 years in Fairy Creek and central Walbran areas
British Columbia has approved the request of three First Nations that want old-growth logging deferred for two years in part of their territories, including at the site of ongoing protests and arrests.

Biden pushes protection for more streams and wetlands, targeting a major Trump rollback
The Environmental Protection Agency and Army Corps of Engineers said in a joint statement they had determined that the Trump administration’s rollback is “leading to significant environmental degradation.”

Maps Show the Severe Drought Gripping California and the West
An intense drought is gripping the American West. Extreme conditions are more widespread than at any point in at least 20 years, according to the U.S. Drought Monitor, the government’s official drought-tracking service. And the hottest months of summer are still to come.

Posted by Salish Sea Communications at 7:16 AM No comments: 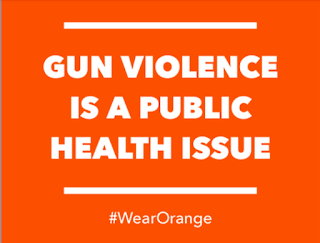 Howe Sound guide to launch maps for World Oceans Day
On the eve of World Oceans Day on June 8, the Howe Sound/Átl’ka7tsem Marine Reference Guide project will be launching two maps of the region.

Politicians, environmentalists, industry divided on B.C.'s forestry plan
After weeks of arrests and attempts to block old growth logging on Vancouver Island, the province's anticipated forestry announcement proved to be a disappointment Tuesday to protesters and environmentalists.

‘We’re Not Going to See Tankers in Active Pass Ever Again’
Tankers of all sizes have been banned from travelling through Active Pass, a narrow stretch of water between Mayne and Galiano islands, following a public outcry and Tyee reporting.

Looking to escape wildfire smoke in WA this year? A new tool could help
Smoke forecasting is notoriously hard to do, but a new tool from the state Department of Ecology may help us anticipate hazardous air five days in the future.


These news clips are a selection of weekday clips collected in Salish Sea News and Weather which is compiled as a community service by Mike Sato. To subscribe at no cost to the weekday news clips or to this weekly compilation, send your name and email to mikesato772 at gmail.com. Your email information is never shared and you can unsubscribe at any time.

Posted by Salish Sea Communications at 7:07 AM No comments: