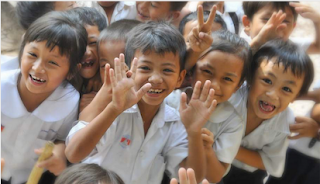 Aloha Smile Friday
You've probably heard that it takes more muscles to frown than it does to smile. But, somehow, over the years, most people tend to forget this. Babies smile about 400 times a day, while the average adult only smiles 20 times. Today is a day to fix this and to smile as much as possible. National Smile Day was created by Dr. Tim Stirneman and Jim Wojdyla of Compassionate Dental Care in Lake in the Hills, Illinois, to "share with the world what the power of a healthy smile can do."


Ferry hits whale in Elliott Bay while on Bainbridge Island run
Passengers on the ferry Wenatchee were shaken Tuesday night after the vessel collided with a whale in Elliott Bay. Whale-ferry collision in Seattle’s Elliott Bay a byproduct of humpback revival, and could become more common  Incidents like the collision Tuesday between a Washington state ferry and a juvenile humpback whale are likely to be repeated because whale migrations and ship traffic in the Salish Sea are both increasing, a veteran scientist predicts.

Chinook bust on the Columbia: Spring returns worse than forecast on Northwest's largest river
Fish managers have had to downgrade their forecasts regarding spring chinook returning to the Columbia River twice, from an already gloomy outlook with returns so far at 30% below initial projections, according to the Washington Department of Fish and Wildlife (WDFW)

Posted by Salish Sea Communications at 10:17 AM No comments:

Aloha Asparagus Friday!
Asparagus, from the genus family Asparagaceae, is made up of more than 200 species. The most common and economically important is garden asparagus, which is usually green with a purple-tinged top, but white asparagus is another common variety and is often grown in Europe. Asparagus was a delicacy of the ancient Romans and Greeks, and its name comes from the Greek word "asparagos." The name first appeared in print in English around 1000 CE.


Drought: low snowpack, dry weather a concern across B.C., prairies
Drought forecasts from Agriculture Canada show most of British Columbia is abnormally dry or enduring some level of drought, similar to dry conditions that are being experienced across a swath of Western Canada.

Hostile Waters,Part 4: How our noise is hurting orcas’ search for salmon
Booming ships, boats and other traffic interfere with orcas' search for food. Calls and echolocation clicks are drowned out, making all their other problems worse.


Battle over orca whale-watch restrictions heats up in San Juan County
An initiative has been filed to increase the distance whale-watch boats must keep from endangered southern-resident orcas — followed immediately by a lawsuit earlier this week from several whale-watch companies to keep the measure off the ballot.

Posted by Salish Sea Communications at 1:01 PM No comments:


Aloha Endangered Species Friday!
In 1973, President Richard Nixon, a Republican, signed a piece of monumental environmental legislation, the Endangered Species Act, into law. The United States Congress created Endangered Species Day in 2006 to be celebrated on the third Friday in May. The day is for learning why it's important to protect endangered species, for learning how to take part in protection efforts, and for celebrating species that have recovered as a result of these efforts.

It was 84 degrees near the Arctic Ocean this weekend as carbon dioxide hit its highest level in human history
Over the weekend, the climate system sounded simultaneous alarms. Near the entrance to the Arctic Ocean in northwest Russia, the temperature surged to 84 degrees Fahrenheit (29 Celsius).

Posted by Salish Sea Communications at 9:37 AM No comments: 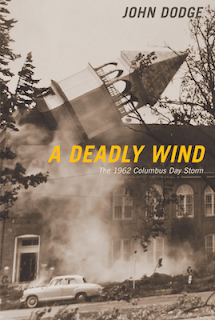 The icons that define us are all around in this land west of the great mountains: the mountains themselves, the miles of giant trees, the powerful ocean. Our friends. Until they come to destroy us.

As they did on October 12, 1962, the day of the greatest windstorm in the modern history of the Pacific Northwest. We call it the Columbus Day Storm, a monster that killed as many as 65 people, destroyed billions of dollars of our built world and made permanent changes in the way we live.

John Dodge was 14 years old when the storms broke over his Olympia home, and he remembers the falling trees and flying debris of his neighborhood. A worse terror was waiting just a few miles away in Spanaway; seven-year-old Charley Brammer was outside his home when he was attacked by an adult African lion, liberated from a neighbor’s holding pen by the crashing trees. Ray Brammer wrestled with the lion and with the aid of a baseball bat saved his son’s life. Perhaps the most spectacular of many heroisms that harrowing night.

During his four-decade career on the Olympian, Dodge became a specialist in natural disasters, including the Mt. St. Helens eruption. He turned to the storm upon retirement, and has combined riveting personal stories with exhaustive scientific research to produce a book important to the entire Cascadia region—for the winds came ashore at San Francisco Bay and blew themselves out on Vancouver Island two days later.

Dodge reminds us of the pioneering nature of storm forecasting in 1962, using as a key example the Portland meteorologist Jack Capell, who sensed the approaching danger before his former U.S. Weather Bureau colleagues were willing to make the call. Capell’s breathless warning to his KGW radio and television listeners barely preceded the storm at it roared into the mid-Willamette Valley, the ultimate center for storm damage in the state. “The Columbus Day Storm was a freak of nature, a weather outlier, a beastly wind that caught weather forecasters flat-footed and dumbfounded,” Dodge declared.

Typhoon Freda was at the root of the Columbus Day storm, swooping ashore in northern California and southwest Oregon on Thursday, Oct. 11; five deaths were already recorded. None of today’s whiz-bang electronic systems were in place; Navy picket ships at sea were the major warning systems and communications were easily lost.

Prune and filbert orchards were destroyed in Oregon, and the prune industry never recovered—it was replaced by pinot noir grapes, a new industry growing in the rubble of the old. Dodge explains all this, in what is really quite a remarkable overview of a storm for the ages. Many witnesses are now gone; this book will remind their heirs of a remarkable natural disaster and the people who survived and built in its wake.

Reviewer Floyd McKay resides in Bellinghan and is the author of Reporting The Oregon Story: How Activists and Visionaries Transformed A State.

Posted by Salish Sea Communications at 10:53 AM No comments: 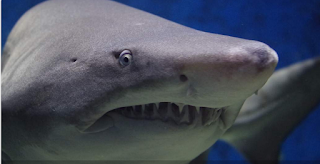 Aloha Fintastic Friday!
"Fintastic Friday: Giving Sharks a Voice" was created by WhaleTimes, along with help from the Shark Research Institute. WhaleTimes director Ruth Musgrave...believed they needed a new voice and that kids could be that voice. Rightfully, the day celebrates and raises awareness for sharks, and is geared towards children.... Not only is the day dedicated to sharks, but to other elasmobranchs like rays and skates as well.


Gov. Jay Inslee speaks out against LNG plant in Tacoma, methanol facility in Kalama
Washington’s governor is changing course on his support of two fossil-fuel projects in the state.

After decades of debate, Victoria is building a sewage treatment plant
Along the rocky south coast of Vancouver Island, hundreds of construction workers are building a nearly $800 million dollar wastewater treatment facility — a project that has been debated for decades and described as long overdue by some, and completely unnecessary by others.

Posted by Salish Sea Communications at 10:10 AM No comments: 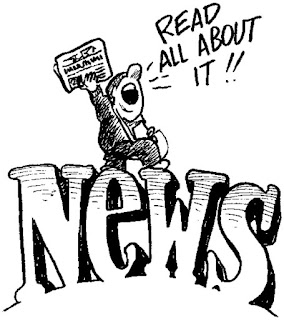 Aloha World Press Freedom Friday
World Press Freedom Day was proclaimed by the UN General Assembly in December 1993, following the recommendation of UNESCO's General Conference. Since then, 3 May, the anniversary of the Declaration of Windhoek is celebrated worldwide as World Press Freedom Day.  "No democracy is complete without access to transparent and reliable information. It is the cornerstone for building fair and impartial institutions, holding leaders accountable and speaking truth to power." — António Guterres, United Nations Secretary-General

State budget scrimps on replacing salmon-blocking culverts
Washington faces a federal court order to fix under-roadway pipes that block migrating fish by 2030, but a budget passed by lawmakers puts the state at risk of missing the deadline and could delay salmon recovery even as the Pacific Northwest’s endangered orcas are starving.

B.C. ready for court battle as Alberta proclaims turn-off-the-taps law
Alberta has proclaimed a law that allows it to slow the flow of oil and gas to B.C. For its part, the B.C. government says it is ready to fight in court right away.

Vancouver to postpone ban on straws, Styrofoam and other single-use items
With Styrofoam takeout containers, plastic straws and disposable coffee cups everywhere in the food industry, the speed of the move to ban single-use items in Vancouver is running into resistance.

Washington Budget Funds Group To Study Snake River Dam Removal
Tucked into Washington’s $52.4 billion operating budget passed Sunday night by the Legislature is controversial funding for a “stakeholder group” tasked with looking into what would happen should the four Lower Snake River dams be removed or altered.


SeaWorld publishes decades of data to help wild orcas
SeaWorld, which displays orcas at its parks in California, Texas and Florida, has recently published data from thousands of routine blood tests of its orcas throughout two decades, revealing the most comprehensive picture yet of what a healthy orca looks like.

Posted by Salish Sea Communications at 1:14 PM No comments: