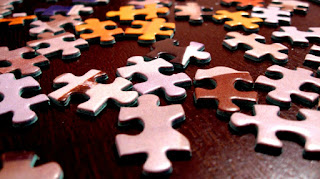 Aloha Puzzle Friday
Puzzles go back centuries. The word "puzzle" dates back to 1595 when it was used in a book as a verb to describe a new type of game; afterward, it became used as a noun. The word comes from pusle which means "bewilder" or "confound." It wasn't until the mid-nineteenth century when the word started being applied to a toy used to test ingenuity.

With a new administration, activists hope for a focus on environmental racism
On his first day in office, President Biden signed executive orders that reversed much of the Trump administration’s environmental policies, including blocking the Keystone XL pipeline that had been opposed by many Indigenous leaders.

‘Nothing should be kept secret’: B.C. First Nation asks court to order release of Site C dam safety documents
Site C construction continues at an estimated cost of $3 million a day amid growing concerns about the stability of the dam and secrecy from BC Hydro and the B.C. government, which is withholding a recent status report on the over-budget project from the public.

Biden to place environmental justice at center of sweeping climate plan
President Biden will make the needs of low-income Americans and communities of color the focus of his plan Wednesday, according to two individuals briefed on it, making environmental justice a top priority for the first time in a generation.

Federal regulators deliver potentially fatal blow to Jordan Cove LNG terminal and Pacific Connector pipeline
Federal energy regulators on [Jan. 19] upheld the state of Oregon’s decision to deny a water quality certification for the proposed Jordan Cove liquefied natural gas export terminal in Coos Bay and its feeder pipeline, the Pacific Connector, another sign that the massive energy project may be on its last legs.

As Biden vows monumental action on climate change, a fight with the fossil fuel industry has only begun
President Biden is determined to curb America's carbon output, including oil and gas production. It's not going to come without a fight.

British Columbians favour government investment in clean energy over LNG: poll
The majority of British Columbians want the province to prioritize renewable energy development over LNG, according to a recent survey conducted on behalf of Clean Energy Canada, a think tank based at Simon Fraser University.

Trump officials moved most Bureau of Land Management positions out of D.C. More than 87 percent quit instead.
The decision to relocate BLM headquarters to Colorado and redistribute jobs in the West prompted 287 employees to retire or find other jobs.

Posted by Salish Sea Communications at 10:41 AM No comments: 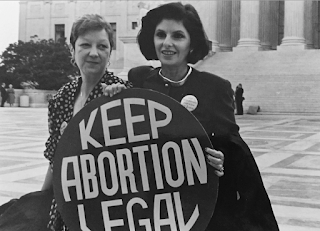 Aloha Roe v. Wade Day
On this day in 1973, the U.S. Supreme Court recognized a woman's right to choose and legalized abortion.

Female resident orcas especially disturbed by vessels, new research shows
Female orcas are most thrown off from foraging when boats and vessels intrude closer than 400 yards, according to new research — troubling findings for the endangered population of southern resident orcas that desperately needs every mother and calf to survive.

Oil train derailment in Whatcom County drives home transport risk concerns
When an oil train derailed in a fiery crash in Custer in December, about 29,000 gallons of the cargo was spilled.

Human-caused ‘dead zones’ threaten health of Puget Sound
One of the most common nutrients that boosts these algae blooms is nitrogen, and according to the Washington State Department of Ecology, wastewater treatment plants contribute significantly to low oxygen levels.

President Biden's 17 Executive Orders in Detail
Among executive orders signed on his first day in office, President Biden:
-signed a letter to re-enter the United States in the Paris climate accords in 30 days;
-revoked the permit for the Keystone XL pipeline;
-reversed the rollbacks to vehicle emissions standards;
-undid decisions to slash the size of several national monuments;
-enforced a temporary moratorium on oil and natural gas leases in the Arctic National Wildlife Refuge;
-re-established a working group on the social costs of greenhouse gasses;
-and issued a freeze on all new regulations put in motion by his predecessor to give his administration time to evaluate which ones it wants to move forward.

Posted by Salish Sea Communications at 10:07 AM No comments: 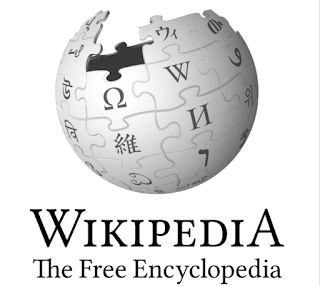 Aloha Wikipedia Friday!
on January 15, 2001, Wikipedia went online and has since become the largest reference work on the internet.

Move over murder hornets: There's a new bug in town — and it's coming for your lawn
....The grubs are the larvae of the European chafer, a nonnative scarab beetle first spotted in Washington state in 2008.

A Lost Decade: How Climate Action Fizzled in Cascadia
Washington, Oregon and British Columbia pledged to slash greenhouse gas emissions. In a decade full of big talk and some epic battles, they all failed.

EPA Eases Inspections For Large Oil & Gas Storage Tanks
The U.S. Environmental Protection Agency on Monday finalized new amendments to its rules governing inspections for large oil and gas liquid storage tanks, saying the changes would cut down on industry costs and reduce emissions in the process.
Settlement agreement says state must protect endangered species from polluted runoff
The agreement lays out a timeline for the state Department of Ecology to regulate farming practices and implement other specific rules, such as replanting trees in streamside buffers that keep water cool, in consultation with the EPA and the U.S. Fish and Wildlife Service.

Salish Sea Killer Whales Have a Surprising New Way of Hunting
Demonstrating a dramatic behavior previously only observed in some killer whales in the southern hemisphere, Bigg’s killer whales in the Salish Sea have now been seen deliberately running aground to ambush prey.
BC Hydro granted $171 million in no-bid Site C dam contracts as project troubles were kept secret from public
Documents obtained by The Narwhal show BC Hydro’s former chief engineer and SNC Lavalin are among the recipients of lucrative and previously undisclosed direct-award contracts, fuelling calls for a public inquiry into the behind-schedule and over-budget hydro project.

Trump administration slashes critical habitat for northern spotted owl by 3.4 million acres
The Trump administration has cut designated critical habitat for the northern spotted owl by millions of acres in Oregon, Washington and California.
Repairs of bulkheads, docks and other structures now involve habitat assessment
In a major policy shift by federal authorities, waterfront maintenance and reconstruction projects are undergoing increased scrutiny — not only for their environmental impacts during and after construction but for effects that ripple through time.

Gray wolf to get its day in court after removal from endangered species list
Environmental groups have filed a flurry of lawsuits against the Trump administration over its removal of Endangered Species Act protections for the gray wolf.
The numbers don't lie': The green movement remains overwhelmingly white, report finds
A report released Wednesday by Green 2.0, an independent advocacy campaign that tracks racial and gender diversity within the environmental movement, found that while strides have been made in recent years, it has been at an incremental pace that begs for "improvement at all levels."
Climate Change Survey: Majority of Voters Support Initiatives
A majority of registered voters of both parties in the United States support initiatives to fight climate change, including many that are outlined in the climate plans announced by President-elect Joseph R. Biden Jr, according to a new survey.

Posted by Salish Sea Communications at 12:59 PM No comments: 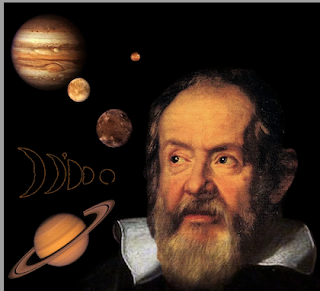 Hotly debated national permit for shellfish farms could be passed to Biden administration
Legal protections for marine shorelines, streams and wetlands could be revised just before President Trump leaves office, as the Army Corps of Engineers updates 52 “nationwide permits” that allow for a variety of water-related projects. Of particular interest in Washington state is a nationwide permit proposed for shellfish farms that would, purportedly, help to resolve an ongoing court battle over the effects of aquaculture on the shoreline environment.

Report: Pinto abalone in peril
Pinto abalone, the only abalone species native to the Salish Sea and a species undergoing restoration efforts in Skagit and San Juan counties, is in trouble.

Study: Humans cause more orca deaths than previously understood
A ten-year study of killer whale carcasses found washed up on beaches in the eastern Pacific Ocean has found a significant number who died from more direct human causes.

EPA finalizes rule to limit science behind public health safeguards
The Environmental Protection Agency has finalized a rule to limit what research it can use to craft public health protections, a move opponents argue is aimed at crippling the agency’s ability to more aggressively regulate the nation’s air and water.

How Trump Tried, but Largely Failed, to Derail America’s Top Climate Report
The National Climate Assessment, America’s premier contribution to climate knowledge, stands out for many reasons: Hundreds of scientists across the federal government and academia join forces to compile the best insights available on climate change.

Posted by Salish Sea Communications at 3:36 PM No comments: