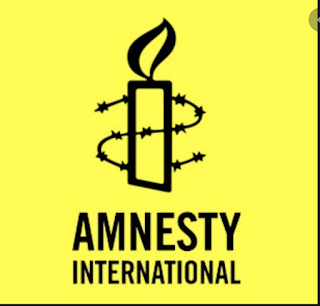 Aloha Amnesty International Day!
Amnesty International is a non-governmental organization that focuses on the protection of human rights—working to prevent abuses to human rights, to fight for justice for those whose rights have been violated, and to expand and enforce human rights protections in international law, by lobbying governments and other powerful groups and publicizing their violations. Their early focus was on the release of political prisoners, but they now focus on many issues. Their main concerns are on the rights of freedom and speech and conscience, and on the right to not be tortured. Other concerns include abolishing the death penalty, reproductive rights, and defending refugees and migrants.

After being driven to near extinction, wolves are back in Washington. Can we coexist with them?
...Today, the Washington Department of Fish and Wildlife kills wolves only when they have repeatedly killed cattle, a relatively rare event, with about 80% of Washington wolf packs typically staying out of trouble with people.

Hoodsport beaches to open for shellfish harvesting for first time in 45 years
The Washington State Department of Health has upgraded its water quality rating for a stretch of tidelands near Hoodsport in southern Hood Canal, certifying that clams and oysters there are now safe to eat. Those beaches have been closed to harvesting for 45 years.

Biden Administration Defends Huge Alaska Oil Drilling Project
The Biden administration is defending a huge Trump-era oil and gas project in the North Slope of Alaska designed to produce more than 100,000 barrels of oil a day for the next 30 years, despite President Biden’s pledge to pivot the country away from fossil fuels.

Earth Is Barreling Toward 1.5 Degrees Celsius Of Warming, Scientists Warn
The average temperature on Earth is now consistently 1 degree Celsius hotter than it was in the late 1800s, and that temperature will keep rising toward the critical 1.5-degree Celsius benchmark over the next five years, according to a new report from the World Meteorological Organization.

Northwest tribes unite over GOP congressman’s pitch to breach Lower Snake River dams
The Affiliated Tribes of Northwest Indians unanimously approved a resolution Thursday calling for breaching of the Lower Snake River dams to rebuild salmon runs, save endangered orcas and secure funding from Congress to replace the benefits of the dams.

Posted by Salish Sea Communications at 7:06 AM No comments: 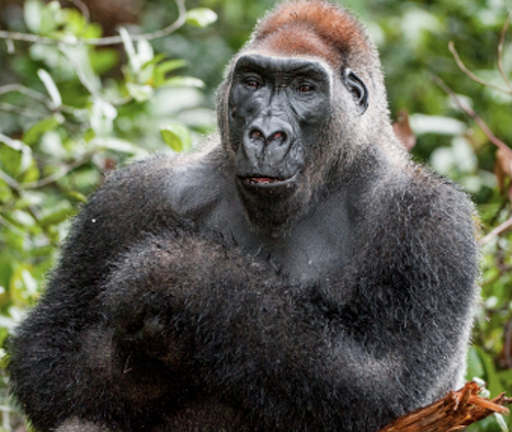 The United States Congress created Endangered Species Day in 2006 with the adoption of Senate Resolution 431. The resolution encouraged "the people of the United States to become educated about, and aware of, threats to species, success stories in species recovery, and the opportunity to promote species conservation worldwide." The day is for learning why it's important to protect endangered species, for learning how to take part in protection efforts, and for celebrating species that have recovered as a result of these efforts.

Buried danger: A slumbering geologic fault beneath us
An earthquake along the southern Whidbey Island fault reshaped the land some 2,700 years ago. Another big one is expected, and it could be devastating.

To restore Sidney Island’s ecology, a push to kill 500 fallow deer
A coalition of First Nations, property owners and Parks Canada is planning a “final eradication” of the invasive species that will see up to 500 of the animals rounded up and killed.

The PNW is a leader on forage fish management — but it needs better data
A U.S. Senate bill highlights West Coast progressiveness in managing fisheries, but even our region is a long way off from really knowing what’s out there.

King County’s culvert hunters — and a $9 billion plan to save salmon habitat
....Urban creeks are the arteries and veins of the region carrying the lifeblood that animates the region’s ecology: salmon. Food for more than 123 species of animals — including endangered southern resident killer whales that frequent Puget Sound.

B.C. government ending climate program for municipalities
The sudden cancellation of a climate action program that provided municipal governments with millions of dollars every year has local politicians scratching their heads.

‘We don’t have time’: scientists urge B.C. to immediately defer logging in key old-growth forests amid arrests
One year after an independent panel recommended the province immediately halt logging in B.C’s rarest forests, no meaningful deferrals have been implemented.

B.C. failing to meet international targets for protecting biodiversity, critical habitat: report
A decade after Aichi biodiversity targets were set by Canada and other nations, a new report looks at how B.C. measures up, finding the province has failed to protect nature in the midst of a growing global ecological crisis.

Posted by Salish Sea Communications at 7:07 AM No comments: 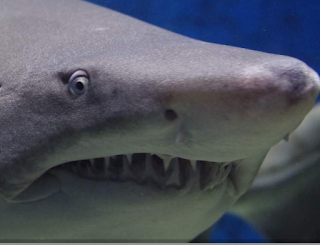 Fintastic Friday: Giving Sharks a Voice celebrates and raises awareness for sharks, and is geared towards children. It encourages them to get involved in shark conservation efforts and to help change public opinion about sharks—from fear to appreciation and from hate to love. Not only is the day dedicated to sharks, but to other elasmobranchs like rays and skates as well.

Scientists seek to understand increase in grey whale deaths on West Coast
The recent sighting of an emaciated grey whale off Vancouver Island and the discovery of a dead whale washed up on a B.C. beach highlights concerns that the marine mammals are dying in increasing numbers.

The Big Melt
This is Klinaklini, the largest glacier in Western North America beyond the Alaskan border. As this giant melts, so go B.C.’s more than 16,000 other mountain glaciers — and the pace is fast accelerating. In mere decades, Klinaklini will be gone.

Expect longer wait times: Washington ferries to use smaller-capacity vessels after boat fire
Washington State Ferries (WSF) announced last week that it would be forced to make service changes on several routes after an engine room fire took the MV Wenatchee out of service in late April.

Interior drops Trump proposal easing rules for Arctic offshore drilling
The U.S. Interior Department said Friday that it would not pursue a Trump administration proposal that critics feared would have weakened rules for exploratory oil and gas drilling in Arctic waters.

B.C. auditor general flags province’s inadequate management of lands, fish and wildlife
An audit of the province’s conservation program shows how B.C. is failing to address a biodiversity crisis, including monitoring and enforcement gaps and a lack of collaboration with First Nations.

B.C. ‘shouldn’t have approved’ plan that failed to protect Nahmint old-growth forests: watchdog
A three-year review by the forest practices board found the provincial government did not meet its legal objective to protect ecosystems and ancient forests in a treasured Vancouver Island watershed.

Community Voices / Local team launches innovative approach to help curb climate change
We must act, not just worry, and use as many solutions to curb climate change as we can, say a team of professors, graduate fellows, student interns and sustainability professionals working on one solution for Whatcom County — that can be replicated anywhere.

Posted by Salish Sea Communications at 6:57 AM No comments: 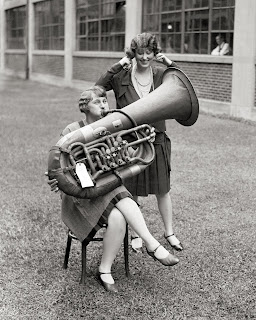 Biden administration to propose first rule requiring cut in climate pollutants
The Environmental Protection Agency proposed on Monday a rule that would sharply cut the use and production of  hydrofluorocarbons, powerful greenhouse gases used widely in refrigeration and air conditioning.

NOAA unveils new U.S. climate ‘normals’ that are warmer than ever
Drawing from the latest decade of weather data, the new normals are a reflection of climate change. Bob Henson and Jason Samenow report.

Key salmon populations cross alarming threshold — and more are nearing that line
Nearly half of the wild spring chinook populations in the Snake River Basin have crossed a critical threshold, signaling they are nearing extinction and without intervention may not persist, according to analysis by the Nez Perce Tribe.

So small, yet so deadly. Investors force plastic industry to reveal pollution
Investors are forcing the world’s biggest plastic manufacturers to reveal how many harmful plastic pellets they are leaking into rivers, lakes and oceans worldwide.

Feud breaks out among GOP lawmakers over Snake River dams
Some Republican members of Congress from the Northwest are accusing an Idaho lawmaker of conducting secret negotiations with the Democratic governor of Oregon over a controversial proposal to breach four dams on the Snake River to save endangered salmon runs.

BC Hydro, province ordered to release secret Site C dam docs to West Moberly First Nations
Reports and internal records, which will be released as part of a landmark Treaty Rights case brought by the nation, will shed light on the escalating costs of the project, now billed at $16 billion.


These news clips are a selection of weekday clips collected in Salish Sea News and Weather which is compiled as a community service by Mike Sato. To subscribe at no cost to the weekday news clips or to this weekly compilation, send your name and email to mikesato772 at gmail.com. Your email information is never shared and you can unsubscribe at any time.

Posted by Salish Sea Communications at 6:52 AM No comments: