Swarm of sea urchins wreaks destruction on US West Coast
Tens of millions of voracious purple sea urchins that have already chomped their way through towering underwater kelp forests in California are spreading north to Oregon, sending the delicate marine ecosystem off the shore into such disarray that other critical species are starving to death.

Export markets cool for Washington's giant clam, the geoduck, as tariffs mount and Chinese consumers get picky
...[T]his year, the Asian market has cooled, and U.S. producers are finding it’s more difficult to wrest big profits from the Chinese geoduck market. That also means a sharp cut in revenue for the state of Washington, which has earned millions of dollars annually by auctioning off geoduck harvest rights.

Oyster growers agree to abandon quest to use controversial insecticide in Southwest Washington tidelands
A Southwest Washington oyster growers association has abandoned a quest to use a controversial insecticide that combats burrowing shrimp, a creature that can make tidelands unfit for shellfish farming. In a settlement reached last week, the Willapa Grays Harbor Growers Association agreed to accept a 2018 state Ecology Department denial of the proposed use of imidacloprid and drop an appeal to the state Pollution Control Hearings Board.


B.C. tables historic Indigenous rights bill in move to implement UN declaration
B.C.'s promised bill on Indigenous rights has been tabled in the legislature, and if passed, the province will be the first in Canada to legally implement the United Nations Declaration on the Rights of Indigenous Peoples (UNDRIP).

Canada election: Trudeau's Liberals win but lose majority
Justin Trudeau's Liberal Party has retained power in a narrow Canadian election win but he will now be prime minister of a minority government.


Trudeau extends olive branch to Western Canada, vows to build Trans Mountain despite opposition
Two days after much of Western Canada rejected the Liberals on election day, Prime Minister Justin Trudeau today vowed to be more sensitive to the needs of Alberta and Saskatchewan and to build the Trans Mountain expansion pipeline in the face of entrenched opposition from environmentalists.

Posted by Salish Sea Communications at 8:03 AM No comments:

Aloha “The Moment” Friday
“The Moment” was rare yet relatable. In a picture captured by Chinese photographer Yongqing Bao, a female Tibetan fox and a Himalayan marmot meet. The fox, hunting to feed her three cubs, crouches, ready to pounce. The marmot, upright and pivoting on one small claw, opens its mouth in a silent screech. The creatures face each other — suspended in what Roz Kidman Cox, chair of the judging panel for Wildlife Photographer of the Year, called an “extraordinary” natural moment. Katie Mettler reports.(Washington Post) A marmot’s final moment before becoming fox food wins an award — and tells us about climate change

Environment groups score court win over refinery project
A legal battle continues over the Marathon Anacortes Refinery’s plans to produce a chemical compound for shipment overseas and to reduce the sulfur content of its fuels.

Yakama, Lummi tribal leaders call for removal of three lower Columbia River dams
In a historic stand, the Yakama and Lummi nations called Monday for taking down the Bonneville, The Dalles and John Day dams on the Columbia River to restore salmon runs once the mightiest in the world.

‘Camano will feel a lot more like an island’ as of this week
As the tide rose in Port Susan Monday afternoon, water inched up a dirt berm on the edge of Leque Island. Just before 5 p.m., the flow seeped over the berm’s edge, rushing into a channel that cuts through the island’s grassy plain. It was the first time saltwater flowed naturally onto the island in over 150 years, since before the almost 300-acre swath of land was diked off for farming in the early 1900s.


Map shows Vancouver areas likely to see quake damage
A map released by the City of Vancouver highlights areas that would see the most severe damage during a significant earthquake. 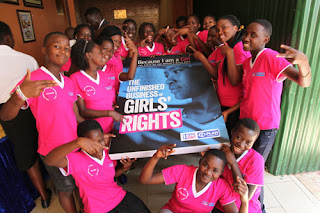 Aloha International Girl Child Friday!
The idea for International Day of the Girl Child came from Plan International's Because I am a Girl campaign. The day highlights and addresses the challenges adolescent girls face and aims to empower them, with the goal of making sure they have full human rights and more opportunities. Each year the day has a theme, and events are held around the world. Some events are sponsored by the United Nations, some by non-governmental organizations, and some local organizations hold their own events.

Orca task force adds 13 recommendations at final meeting as 'biological extinction' looms
Their goal is clear: to prevent Puget Sound’s iconic Southern Resident killer whales from going extinct. Solving that problem is anything but simple. The task force convened by Gov. Jay Inslee to save the orcas added 13 new recommendations this week, at its final meeting.

How to help Puget Sound's orcas and salmon: What Seattle-area leaders say can make a difference
Leaders around our region had lots to say when asked what should be done to restore threatened salmon runs and Puget Sound’s endangered orcas.


New EPA regulations could allow for more polluted waters, and tribes and state officials are worried  A unilateral reversal of Washington water quality regulations is creating concern around human health and control of state waters.

Posted by Salish Sea Communications at 9:43 AM No comments: 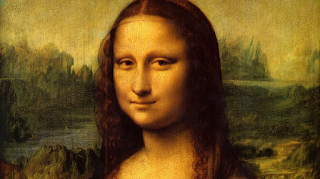 West Coast Rockfish Boom with the Blob
The high temperatures that came with the marine heatwave known as the Blob led to unprecedented mixing of local and subtropical species. There were, often with new and unpredictable outcomes. Out of that mix came one unexpected winner: West Coast rockfish.

Proposal made to raise steelhead at area fish farms
The company whose collapsed fish farm off Cypress Island in August 2017 allowed hundreds of thousands of Atlantic salmon to be released into the region's waters may use its remaining net pens to raise steelhead trout.

'Early migration gene' tied to unique population of Chinook
Recent studies have shown that Chinook salmon that spawn in the spring are genetically distinct from varieties that spawn during fall months. Experts are confronting the resulting ecological, social and legal implications of that finding.


Pipeline rules adopted years after deadly explosion, spills
U.S. transportation officials on Tuesday adopted long-delayed measures that are meant to prevent pipeline spills and deadly gas explosions but don’t address recommended steps to lessen accidents once they occur. The new rules from the Department of Transportation apply to more than 500,000 miles of pipelines that carry natural gas, oil and other hazardous materials throughout the U.S.


San Francisco microplastics study shows car tires biggest likely source
Driving is not just an air pollution and climate change problem — turns out, it just might be the largest contributor of microplastics in California coastal waters.

Posted by Salish Sea Communications at 8:36 AM No comments: