Aloha Koala Friday!
The koala or, inaccurately, koala bear is an arboreal herbivorous marsupial native to Australia. It is the only extant representative of the family Phascolarctidae and its closest living relatives are the wombats, which are members of the family Vombatidae.

A bouncing baby orca boy! And other promising killer whale news from Puget Sound
On the day the orca baby was born, the whales partied into the night.

An Alaska Mine Project Might Be Bigger Than Acknowledged
Executives overseeing the development of a long-disputed copper and gold mine in Alaska were recorded saying they expected the project to become much bigger, and operate for much longer, than outlined in the proposal that is awaiting final approval by the Army Corps of Engineers. Alaska mining executive resigns a day after caught on tape boasting of his ties to GOP politicians Tom Collier, who stood to get a $12.4 million bonus if Pebble Mine went ahead, resigned in the wake of secretly recorded talks with environmentalists posing as potential investors.

So there’s going to be a fall election in B.C.: has the NDP kept its environmental promises?
The NDP rose to power in 2017 vowing to take action on climate change, old-growth logging, the Trans Mountain pipeline, endangered species and more.

Little Action from Canadian Government as Deadline to Remove Salmon Farms Looms Eight years ago, the Cohen Commission gave Fisheries and Oceans Canada a deadline to prove salmon farms do not threaten wild sockeye. B.C. First Nations demand removal of open-net salmon farms near Campbell River, B.C.
A total of 101 B.C. First Nations, wilderness tourism operators, and commercial and sport fishing groups have united in a show of solidarity to demand the federal government take action on the collapse of Fraser River salmon stocks by ordering the removal of open-net fish farms near Campbell River.

Climate action will be ‘cornerstone’ of Canada’s economic recovery plan: throne speech
From creating thousands of jobs in energy efficiency building retrofits to cutting the tax rate for green manufacturing companies, the Trudeau government has amped up its commitments to tackle climate change.

Supreme Court Could Give Trump Second Chance at Environmental Rollbacks
President Trump has initiated the most aggressive environmental deregulation agenda in modern history, but as his first term drives to a close, many of his policies are being cut down by the courts — even by Republican-appointed jurists who the administration had hoped would be friendly.

Aloha World Bamboo Day!
Bamboo, (subfamily Bambusoideae), subfamily of tall treelike grasses of the family Poaceae, comprising more than 115 genera and 1,400 species. Bamboos are distributed in tropical and subtropical to mild temperate regions, with the heaviest concentration and largest number of species in East and Southeast Asia and on islands of the Indian and Pacific oceans. A few species of the genus Arundinaria are native to the southern United States, where they form dense canebrakes along riverbanks and in marshy areas.

Oil Demand Has Collapsed, And It Won't Come Back Any Time Soon
2020 is shaping up to be an extraordinarily bad year for oil.

‘Tons and tons of fishing equipment’: B.C. tour operators clean up ocean debris during coronavirus pandemic
Waste from fishing industry accounts for about 70 per cent of garbage collected in 61-tonne haul, according to captain on expedition supported by provincial government.

Port again wins millions in grant money for mill site revamp
A major effort to bring jobs back to a prime waterfront property is back on track after the project’s financing plan hit a snag earlier this year. The Port of Everett has won nearly $18 million in federal funding to help pay for the construction of a new cargo terminal on the roughly 60-acre site, which once was the home of a Kimberly-Clark paper and pulp mill.

U.S.-Canada border shutdown likely to extend through November, Ottawa cool to more exemptions - sources
The United States and Canada are likely to extend border restrictions until at least the end of November as coronavirus cases spike in some states, according to well-placed Washington and Ottawa sources.

EPA Sued Over Washington State’s ‘Outdated’ Water Quality Rules
The EPA should be ordered to work with Washington state to update its more than 20-year-old water quality standards for toxic pollutants, a conservation group says in a lawsuit filed Wednesday in federal court.

What Trump’s Environmental Rollbacks Mean for Global Warming
President Trump has made dismantling federal climate policies a centerpiece of his administration. A new analysis from the Rhodium Group finds those rollbacks add up to a lot more planet-warming emissions.

Endangered wildlife, habitat burned in Washington wildfires; years of effort to boost populations wiped out
Entire wildlife areas have been destroyed and endangered populations of animals gravely depleted by wildfires burning in Eastern Washington. Much of the area burned east of the mountains included shrub-steppe habitat.

Posted by Salish Sea Communications at 11:25 AM No comments: 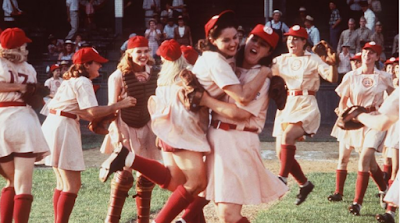 Aloha Women's Baseball Day!
Women's Baseball Day commemorates that day in 1875, when the first women's baseball game where fans were charged and players were paid took place. It was between "Blondes" and "Brunettes" and was held in Springfield, Illinois. Prior to this, women had played baseball at Vassar College, starting in 1866. Teams of "Bloomer Girls" played across the country from the 1890's to the 1930's. Between 1943 and 1954, The All-American Girls Professional Baseball League existed, where 600 women competed in the sport professionally. Since 2004, women's baseball teams from around the world have competed in the Women's Baseball World Cup.

Trump, Calling Himself ‘the No. 1 Environmental President,’ Green Washes His Record
President Trump, who has vowed to exit the Paris Agreement on climate change, loosened restrictions on toxic air pollution, rolled back clean water protections and removed climate change from a list of national security threats, stood in front of supporters in Jupiter, Fla., on Tuesday and declared himself “a great environmentalist.”

Salmon Subsidies Get Tossed Aside
Since the 1990s, people have been tossing salmon carcasses into previously prosperous salmon rivers—a bid to revitalize these ecosystems. But a new study, the first to assess the long-term benefits of these salmon-tossing efforts, has found the activity less effective than hoped.

The standoff at this Pierce County bridge 50 years ago codified tribal treaty fishing rights
A deep red modern span stretches over Pacific Highway on the bridge that links Tacoma to Fife, carrying a steady stream of cars and trucks over the Puyallup River. The bridge and an older portion of it nearby were recently renamed by the City of Tacoma in collaboration with the Puyallup Tribe.

Comments sought on Cooke Aquaculture permit
The state Department of Ecology is accepting comments on a draft permit that would allow Cooke Aquaculture to raise steelhead trout in four net pens in Puget Sound, including one near Hope Island in Skagit County.

Posted by Salish Sea Communications at 10:14 AM No comments: 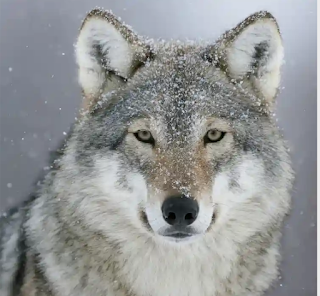 Aloha National Wildlife Friday!
National Wildlife Day focuses on endangered species, preservation, and conservation efforts around the world. Wildlife doesn’t only exist in the forest or outside the city limits. Look closely. The creatures and animals sharing our world live under our feet and in the sky above us. Our rivers, lakes and oceans are teeming with wildlife of all sizes. It’s essential to understand how we impact the habitats that animals need to survive. Their homes supply their food and shelter.

Proposed Roberts Bank terminal will add cargo capacity — but at what cost to Salish Sea
In the shadow of the contested Trans Mountain Pipeline expansion is another major Canadian infrastructure project that could bring major changes to shipping traffic in waters shared by British Columbia and Washington.

Closing Canadian fisheries would help rebuild stocks and lead to economic gains: study
At least a quarter of major fish stocks in Canada are in decline, but efforts to rebuild them  — such as closing fisheries or setting catch limits — are often met with strong opposition due to negative socioeconomic effects.

More green crabs found in Padilla Bay
More invasive European green crabs have been found in Padilla Bay this week. Fight underway against invasive crab in Samish Bay The invasion of the European green crab in local waters continues. In Samish Bay, what began as the discovery of a few of the crabs in Taylor Shellfish Farm’s aquaculture beds in January 2019 has this summer grown into a full-fledged trapping effort.

Drilling, mines, other projects hastened by Trump order
Documents provided to The Associated Press show the Trump administration is seeking to fast track environmental reviews of dozens of major energy and infrastructure projects during the COVID-19 pandemic.

Trump administration rolls back Obama-era rule aimed at limiting toxic wastewater from coal plants
The Trump administration on Monday weakened a 2015 regulation that would have forced coal plants to treat wastewater with more modern, effective methods in order to curb toxic metals such as arsenic and mercury from contaminating lakes, rivers and streams near their facilities

Posted by Salish Sea Communications at 2:28 PM No comments: