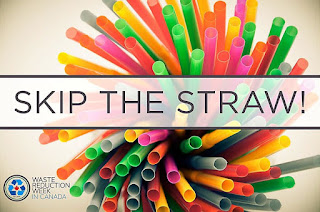 Aloha Skip the Straw Day!
On the fourth Friday in February, skip the straw. The National Park Service estimates Americas use 500 million drinking straws daily, many of which end up in five large areas of the ocean, called gyres, where plastic garbage collects and many end up in landfills. Plastics are mistaken for food by wildlife, break down into smaller microscopic pieces producing bisphenol A (BPA) which interferes with reproductive systems in marine life. You get the drift. Skip the straw.

A pipeline runs through it: Coastal GasLink is crossing hundreds of waterways in northern B.C.
A major B.C. pipeline will cross about 625 streams, creeks, rivers and lakes, many of them fish bearing, during construction of one of the largest private sector projects in Canadian history, according to the company building it.

Remembering the 6.8 Nisqually earthquake that shook Washington 20 years ago
On Feb. 28, 2001, a magnitude 6.8 earthquake shook western Washington causing billions of dollars in damage.

Winding down Puget Sound’s 2020 targets, as approved shellfish acreage keeps going up
In 2020, state health authorities upgraded six shellfish-growing areas in various parts of Puget Sound. Now, thanks to improved water quality, the harvest of clams and oysters can take place on these 309 acres for the first time in years, adding to an ongoing gain in harvestable acreage.

New research suggests 70% decline in diversity of B.C. sockeye salmon stock in past century
Scales from sockeye salmon harvested more than a century ago show the fish returning to the country's second largest watershed for salmon are 70 per cent less diverse than they were in 1913, according to a new study from Simon Fraser University's Michael Price.

B.C. salmon farmers ask Ottawa for more time before closing fish farms
A report commissioned by the B.C. Salmon Farmers Association says millions of juvenile salmon and eggs will be destroyed because of a federal decision to phase out fish farms in British Columbia's Discovery Islands. T

Unique Skeena sockeye populations at risk of dying out, threatening biodiversity: study
There’s an urgent need to increase the biodiversity of sockeye salmon stocks in the Skeena watershed if they are to adapt to challenges like climate change, according to a study published today in the Journal of Applied Ecology.

Scramble to re-issue permits for area shellfish farms underway following lawsuit
Shellfish farms in the state and the agencies that issue them operating permits are scrambling to complete farm-by-farm paperwork following litigation over whether a former permitting system ensured adequate protections for the marine environment.

‘This is something to celebrate’: B.C. defers logging in home of Canada’s last three wild spotted owls
In the absence of endangered species legislation in B.C., the provincial and federal governments have announced a new ‘nature agreement’ that includes pilot projects to protect at-risk species. It starts with logging deferrals in habitat where the existence of a pair of breeding spotted owls, thought extinct in Canada, was made public in 2020. NASA successfully landed its fifth robotic rover on Mars on Thursday, with the U.S. space agency confirming that Perseverance touched down safely on the red planet’s surface. The rover is the most technologically advanced robot NASA has ever sent to Mars. The agency aims to spend nearly two years using it to explore the surface. Perseverance is also carrying a small helicopter named Ingenuity, which NASA plans to use to attempt the first flight on another planet. (CNBC)

Judge overturns Trump’s lifting of mining ban in US West
A federal judge on Thursday overturned a Trump administration action that allowed mining and other development on 10 million acres (4 million hectares) in parts of six western states that are considered important for the survival of a struggling bird species.

New Sewage-Treatment Permit Would Be a Step to Curbing Nitrogen in Puget Sound
In an effort to stem the flow of excess nitrogen into Puget Sound, Washington Department of Ecology has proposed a new type of permit for some 60 sewage-treatment plants operating throughout the region.

Gray whales learn daring feeding strategy in Puget Sound: Digging for ghost shrimp at high tide
Every spring, a small group of about a dozen gray whales pauses along an epic migration from calving lagoons in Baja California to their feeding grounds in the Artic.

Feds fund removal of more derelict boats from waters off Vancouver Island
.... It’s been a steady clip of work for Salish Sea Industrial Services and its barge crews, divers and sub-contractors, who have removed more than 100 dead boats over the past three years from the waters around Greater Victoria and the Gulf Islands.

Warming seas could wipe out Snake River chinook by 2060, scientists predict
Snake River spring-summer chinook could be nearly extinct by 2060 and interventions are “desperately needed” to boost survival in every stage of their lives, scientists warn.

OSU-led wave energy project moves a step closer to construction
The federal government this week approved a lease for a wave energy test site off the Oregon Coast.

Site C: Experts urge government to lift secrecy around $10-billion mega dam
Key details about the future of Site C, the province’s largest public infrastructure project and one that grows more contentious by the day, remain hidden from the public according to experts speaking at a town hall Thursday night.

Seattle’s Skagit River dams hurt salmon, orcas and Native American culture, agencies say
Citizens of Seattle enjoy some of the most affordable electricity in the country, but the city-owned utility that generates that power is accused of harnessing cost-effective electricity on the backs of Puget Sound salmon, killer whales and the way of life for Native American tribes in the Skagit Valley.

Decades of cuts to salmon monitoring leave B.C. scientists uncertain of fish populations
Less than 10 per cent of spawning habitat on B.C.’s central and north coast is being monitored by creekwalkers, the people who count salmon one by one.

Posted by Salish Sea Communications at 12:58 PM No comments:

Aloha Boldt Decision Friday!
On February 12, 1974, Federal Judge George Boldt issues an historic ruling reaffirming the rights of Washington's Indian tribes to fish in accustomed places. The "Boldt Decision" allocates 50 percent of the annual catch to treaty tribes, which enrages other fishermen. At the same time Judge Boldt denies landless tribes -- among them the Samish, Snoqualmie, Steilacoom, and Duwamish -- federal recognition and treaty rights. Western Washington tribes had been assured the right to fish at "usual and accustomed grounds and stations" by Federal treaties signed in 1854 and 1855, but during the next 50 years Euro-American immigrants -- armed with larger boats, modern technology, and the regulatory muscle of the state -- gradually displaced them. The campaign to reassert Native American fishing rights began in 1964 with "fish-ins" on the Puyallup River led by Robert Satiacum (1929-1991) and Billy Frank Jr. (1931-2014), who defied Washington state attempts to regulate their fishing. (History Link)

Small fish, big barriers: A county confronts climate change
Island County doesn’t need a canary in the coal mine to warn of advancing climate change. It already has sea lance and surf smelt.

GOP congressman pitches $34 billion plan to breach Lower Snake River dams in new vision for Northwest
For nearly three decades, the region has been stuck in unending litigation and spiraling costs as salmon in the Columbia and Snake rivers decline toward extinction. But in a sweeping $34 billion proposal from an unlikely source, at an auspicious moment, comes a chance for a fresh start.

Putting the Pebble Mine to Rest
Weary Alaska communities are seeking permanent protections for the Bristol Bay watershed.

Meet the frackers: B.C.’s top 10 fracking companies, their subsidies, profits and taxes, revealed
They industrialize farmland. They pump out greenhouse gas emissions. They permanently contaminate water. They benefit from millions in taxpayer-funded subsidies and pay a lot less in royalties than they used to. So who are B.C.’s biggest frackers?

B.C.’s old-growth forest nearly eliminated, new province-wide mapping reveals
As old-growth logging continues unabated in most unprotected areas of B.C., one conservation organization decided to spend a year creating a detailed map that shows the province’s original forests have all but disappeared under pressure from industrialization.

Rayonier site cleanup plan upgraded
The Rayonier pulp mill property, zoned for multiple uses, will be cleaned of pollutants to an unrestricted-use standard with contaminants capped but remaining on the property, according to the Department of Ecology. However, cleanup of the 75-acre parcel east of downtown, owned by Rayonier Advanced Materials, could take an estimated seven to 10 years.

Seattle Public Schools commits to weaning off fossil fuels over next 20 years
Nearly two years after scores of its students missed class to demand action on climate change, Washington state’s largest school district now has a 2040 deadline to run on 100% clean and renewable energy.

Posted by Salish Sea Communications at 2:51 PM No comments: 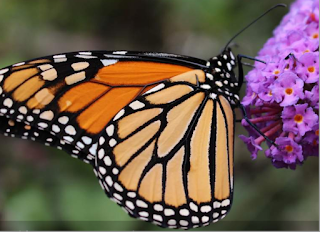 Once, millions of monarchs overwintered along the Pacific coast in California and Baja, Mexico—an estimated 4.5 million in the 1980s. But by the mid-2010s, the population had declined by about 97%, and starting in 2018, monarch butterflies had tough seasons in their migratory and breeding grounds in the western states. (Xerces Society)

Ban on cruise ships until 2022 deals another blow to businesses relying on tourism
On Thursday, federal officials announced that the current ban on cruise ships arriving in Canada will be extended until February 2022, meaning another season will be completely wiped out.

Posted by Salish Sea Communications at 9:42 AM No comments: