Young orca calves take part in fall excursions into South Puget Sound with their mothers
The two orca calves born to J pod in September are still alive and doing well, according to Mark Malleson of the Center for Whale Research, who spotted J pod on Monday near the Canadian city of Victoria.

Trump officials move to relax rules on killing birds
The Trump administration published an environmental analysis Friday finding that its proposal not to hold companies responsible for killing birds 'incidentally" would not cause undue harm, clearly the way for it to finalize the rollback before the president's term ends on Jan. 20.

Army Corps says no to massive gold mine proposed near Bristol Bay in Alaska
The Trump administration on Wednesday denied a key permit for a massive gold and copper mine in Alaska, striking a devastating blow to a project opposed by an unlikely coalition that includes the president’s son and other prominent Republicans, as well as conservationists, commercial fishermen and Alaska Natives.

Congress Seeks Answers on Alaskan Mine Project
House investigators are seeking records from the developers of the Pebble Mine project and the Army Corps of Engineers, to determine whether the company misrepresented its plans.

Navy training proposal met with concern
The State Parks Commission is in the midst of discussions about whether public lands, including Deception Pass State Park, are appropriate place for the military to train.

Posted by Salish Sea Communications at 9:55 AM No comments: 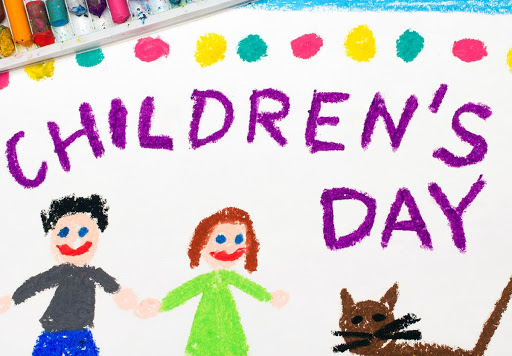 Aloha Universal Children's Day!
Children’s Day began on the second Sunday of June in 1857 by Reverend Dr. Charles Leonard, pastor of the Universalist Church of the Redeemer in Chelsea, Massachusetts. Children’s Day was first officially declared a national holiday by the Republic of Turkey in 1920. The United Nations' Universal Children's Day was established in 1954. In 1959 the UN General Assembly adopted an extended form of the Declaration of the Rights of the Child. Originally acquired in 1924 by the League of Nations, the UN adopted this document as its own statement of children’s rights. UNICEF, the United Nations Children's Fund, promotes and coordinates this special day, which also works towards improving children's welfare.

$18-billion LNG project projected to meet mid-decade start despite COVID-19 delays
The $18-billion project will liquefy natural gas from northeast B.C. in a plant at Kitimat in northwest B.C., where it will be loaded onto ships and transported to Asian markets.

The environmental policy the oilpatch wants from Ottawa ASAP
Shell Canada will plant more than 800,000 trees in the interior of British Columbia next year, a project that the company hopes will create valuable carbon offsets in the future.

Burnaby streams see 'pretty decent' salmon run after years of rehabilitation
At nearly 70 years of age, Mark Angelo is still filled with delight when he sees salmon swimming up the streams in Burnaby, B.C., where he lives.

Jeff Bezos launches his own climate action push as U.S. policy faces potential gridlock
...[T]hrough his Bezos Earth Fund, he also became the biggest private supporter of climate action. The $10 billion fund gave out its first round of grants, $791 million to 16 environmental organizations.

Posted by Salish Sea Communications at 12:24 PM No comments: 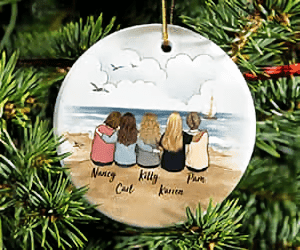 David Suzuki on 60 years of The Nature of Things: ‘I’m more determined than ever’
Television's longest-running science series has been at the forefront of exploring the climate crisis and our relationship with the natural world.

Navy Receives Approval for Exercises that Could Increase Harm to Washington Orcas
The National Oceanic and Atmospheric Administration has approved a request from the U.S. Navy to continue military exercises in Puget Sound and coastal Washington waters that could potentially harm the endangered Southern Resident orca population.

6th Asian giant hornet to be discovered in B.C. found in Fraser Valley
An Asian giant hornet has been found near Langley, B.C., about five kilometres away from where another so-called murder hornet was discovered last week. Destruction of murder hornets nest doesn't end threat
When scientists in Washington state destroyed the first nest of so-called murder hornets found in the U.S., they discovered about 500 live specimens in various stages of development, officials said Tuesday. Among them were nearly 200 queens that had the potential to start their own nests.
What’s at Stake with the Trans Mountain Pipeline Expansion?
New research from veteran earth scientist David Hughes concludes that the Trans Mountain pipeline expansion project makes no financial sense.

Port Angeles OKs pact for harbor cleanup
City officials have reached a legal milestone in an eight-year effort to clean up the western Port Angeles Harbor.

Posted by Salish Sea Communications at 12:00 PM No comments:


Aloha Saxaphone Friday!
The saxophone is celebrated today on the anniversary of the birth of its creator, Adolphe Sax, born in Belgium in 1814. He was an instrument maker who played clarinet and flute, and he wanted to create an instrument that had both the projection power of a brass instrument and the agility of a woodwind, and would fill the middle ground between the two instrument types. Today saxophones range in size and pitch as follows: subcontrabass, contrabass, bass, baritone, tenor, alto, soprano, sopranino, and sopranissimo. Of all of these the most popular are the soprano, alto, tenor, and baritone.

Despite what the logging industry says, cutting down trees isn’t stopping catastrophic wildfires
An analysis by OPB and ProPublica shows last month’s fires burned as intensely on private forests with large-scale logging operations as they did, on average, on federal lands that cut fewer trees.

Washington to manage wolves within borders after fed action
The state of Washington will take over management of most wolves within its borders early next year, after the U.S. government announced Thursday that gray wolves in the Lower 48 states would be delisted from the federal Endangered Species Act.

The US is leaving the Paris Agreement: How that will affect the global mission to affect climate change r
The U.S. is set to officially withdraw from the Paris Climate Agreement on Wednesday, three years after President Donald Trump announced his intent to remove the country from participating in the global forum to reduce greenhouse gas emissions.

What 13,000 wildfires teach us about Washington forests
DNR has kept records of every reported wildfire in the state since 2008.  Crosscut took a deep dive into these 13,452 fire records to highlight some numbers that help put this year into context and tell the broader story of our state’s fires.

Grizzly facial recognition a potent new tool for wildlife management
A facial recognition system for grizzly bears could usher in a new wave of celebrity animals that scientists and the public could follow through their lifetimes.

Posted by Salish Sea Communications at 11:03 AM No comments: