Aloha Stonewall Riots Friday!
The Stonewall riots were a series of spontaneous, violent demonstrations by members of the gay community in response to a police raid that began in the early morning hours of June 28, 1969, at the Stonewall Inn in Greenwich Village in New York City.  Patrons of the Stonewall, other Village lesbian and gay bars, and neighborhood street people fought back when the police became violent. The riots are widely considered to constitute one of the most important events leading to the gay liberation movement and the modern fight for LGBT rights in the United States.

Trump’s toxic torrent of environmental rollbacks impedes social justice
At this point, it shouldn’t come as a surprise to anyone that the White House is pursuing a massive rollback of our nation’s environmental protections. Given everything going on in the world today, many people probably don’t realize that the most critical — and most egregious — of these rollbacks has been finalized just in the last three months.

Arctic Circle sees 'highest-ever' recorded temperatures
Temperatures in the Arctic Circle are likely to have hit an all-time record on Saturday, reaching a scorching 38C (100F) in Verkhoyansk, a Siberian town.

How a salt marsh could be a secret weapon against sea level rise in B.C.’s Fraser delta
An often-underrated ecosystem supports millions of migratory birds, provides critical habitat for young salmon, absorbs carbon and plays an essential role in flood prevention.

Washington’s water quality standards back in court after EPA rollback
A coalition of environmental groups, commercial fishermen and the Makah Tribe are suing the federal Environmental Protection Agency over its decision to roll back water quality regulations in Washington state. At issue are human health standards that the EPA itself forced the state to adopt just a few years ago.


State officials scramble to protect streams and wetlands in wake of federal rule
Federal protections for millions of small streams and wetlands across the country were eliminated on Monday, following an unsuccessful legal effort to block new regulations that redefine “waters of the United States.”


Port makeover of old mill property loses $15.5 million grant
A key piece of financing is in doubt in the Port of Everett’s plan to build a cargo terminal on waterfront real estate that once was the site of a paper and pulp mill. The U.S. Department of Transportation has rescinded a $15.5 million grant for the project on the former Kimberly-Clark property due to what port officials are calling a technicality.

LNG Shipments by Rail Approved in US Amid Pipeline Battles
The Trump administration has taken the final step to allow rail shipments of liquefied natural gas, a new front in the movement of energy products that had been opposed by environmental groups and 15 states.

Roundup Maker to Pay $10 Billion to Settle Cancer Suits
Bayer agrees to pay more than $10 billion to settle tens of thousands of claims while continuing to sell the product without adding warning labels about its safety.

Posted by Salish Sea Communications at 9:18 AM No comments: 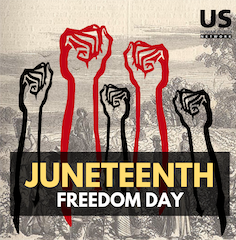 Aloha Juneteenth Friday!
Although Abraham Lincoln’s Emancipation Proclamation went into effect on January 1, 1863, it was not until after the war was over that slaves became free in Texas, possibly because the Proclamation could not be enforced there, or because news of the Proclamation had not been spread there. The war ended in April of 1865, but word did not reach Texas until the following month, and it was not until June that the Confederate Army in the area surrendered. On June 19th, Union General Gordon Granger read “General Order No. 3” in Galveston, which said all slaves were free.


How blooms of northern anchovies are helping bring more sea life back to Burrard Inlet
It's not easy to spot northern anchovies in murky sea water, but a school of these 10-centimetre-long fish can often set off a frenzy of hungry seabirds and sea mammals that reveals their underwater dance.

Governments commit $3M to projects restoring B.C. salmon habitat
The B.C. and federal governments have announced funding for seven projects that will help restore salmon habitats in the province.

Washington shellfish growers reeling after judge throws out general permit
A federal judge has thrown out a general permit for the shellfish industry in Washington that has reduced the regulatory burden on them for decades. Now, growers will have to apply individually to continue existing operations.

US Senate Passes Funding Boost To Conservation Fund, Help For National Parks
The U.S. Senate on Wednesday passed a bill that would further protect public lands and recreation across the country. The legislation would also help relieve a massive maintenance backlog on federal lands.

Posted by Salish Sea Communications at 8:47 AM No comments: 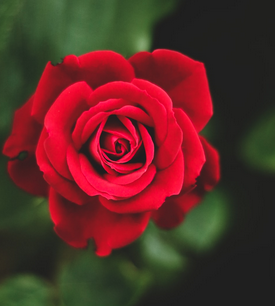 Aloha Red Rose Friday!
Red Rose Day is dedicated to red roses, which represent love. It’s fitting that Red Rose Day takes place in June, as roses have just come into full bloom, and more weddings happen during this month than any other. They are the most popular cut flower, as well as the most popular flower to grow.


Big polluters are spending billions on controversial projects that protect forests and let them keep polluting
As industrial polluters try to erase their greenhouse gas emissions, they plan to spend billions of dollars in the coming years on preserving and restoring forests to cancel out pollution they can’t directly eliminate with electric vehicles, energy efficiency improvements and wind and solar power projects.

As EPA Steps Back, States Face Wave Of Requests For Environmental Leniency
Some of the country’s most polluting industries have flooded state regulators with requests to ease environmental regulations, according to an NPR review of hundreds of state environmental records.

New oil spill response base in Friday Harbor will address present — and growing — threat
A new response base to be built on San Juan Island will amp up the Islands Oil Spill Association's capability to help prevent oil spills when small-spill threats arise.

'Almost complete loss' of salmon runs at Fraser River slide last year
Early runs of sockeye and chinook salmon were devastated last year when they couldn’t make it past a massive landslide on the Fraser River, government officials said Tuesday.

Skagit River closing to sockeye fishing
There will be no fishing for sockeye salmon this season on the Skagit River.


New Seattle seawall improves migratory pathway for young salmon
Nobody with an understanding of marine life would describe Seattle’s downtown shoreline as a thriving ecosystem. Yet salmon habitat seems to be improving there, scientists say, thanks to new features installed during replacement of the downtown seawall.

Posted by Salish Sea Communications at 9:15 AM No comments: 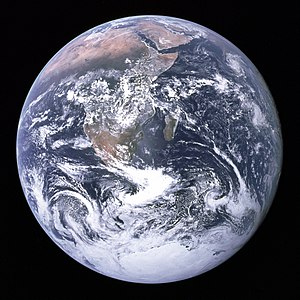 New cruise ship restrictions will mean big hit to B.C. economy, industry says
There will be no cruise season in Canada this year, an industry representative says, after the federal transport minister announced new restrictions on vessels' ability to sail in Canadian waters.

County staff urges ‘no’ on Point Wells development proposal
Snohomish County planners have again recommended against the approval of a developer’s longstanding plan to turn an industrial site on Puget Sound, south of Edmonds, into thousands of condos.

Delicious and now endangered: Can the pinto abalone make a comeback?
The pinto abalone was a popular sport catch for divers in the Salish Sea until its numbers plummeted to near extinction.

Port Angeles council co-signs Snake River dam letter
After seeing the Elwha River respond to dam removal in its own backyard, the Port Angeles City Council has voted to support the removal of four dams on the lower Snake River.

Posted by Salish Sea Communications at 11:25 AM No comments: