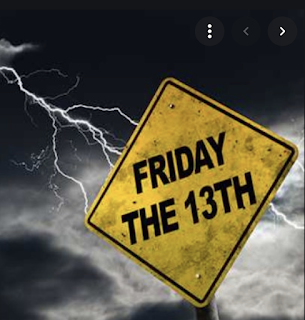 Aloha Friday the 13th! Friday the 13th is considered an unlucky day in Western superstition. According to folklore historian Donald Dossey, the unlucky nature of the number "13" originated with a Norse myth about 12 gods having a dinner party in Valhalla. The trickster god Loki, who was not invited, arrived as the 13th guest, and arranged for Höðr to shoot Balder with a mistletoe-tipped arrow. Dossey: "Balder died, and the whole Earth got dark. The whole Earth mourned. It was a bad, unlucky day." This major event in Norse mythology caused the number 13 to be considered unlucky. (Wikipedia)
Judge hears lawsuit over fish farms
Whether Cooke Aquaculture’s plan to raise native steelhead at fish farms in Puget Sound is a simple business transition or a complex threat to the marine ecosystem is being debated in King County Superior Court.
Male southern resident killer whale possibly dead from cancer, says expert
The endangered southern resident killer whale population may have suffered more loss with one of the orcas presumed dead, says an expert.
Forest defenders present 150,000-name petition to stop old-growth logging
Environmentalists and the B.C. Green party are demanding the provincial government implement the promises it made to preserve B.C.’s forests, starting with putting an immediate end to old-growth logging.
This is the most sobering report card yet on climate change and Earth’s future. Here’s what you need to know
There is little good news in the 3,900 pages of text released today. But there is still time to avert the worst of the climate catastrophe — if humanity chooses to.
Ottawa says it must maximize revenue from the Trans Mountain pipeline to fight climate change
Minister of Environment and Climate Change Jonathan Wilkinson said today that revenue generated by the project will help Canada achieve its long-term climate objectives.
U.S. Senate infrastructure package could ‘significantly improve’ salmon habitat
The $1 trillion infrastructure package includes $1 billion over a five-year period to help states remove pipes, known as culverts, that allow streams to flow under roadways.
Swinomish, regional tribal leader Lorraine Loomis dies at 81
Longtime tribal fisheries advocate Lorraine Loomis of the Swinomish Indian Tribal Community died Tuesday. She was 81.

From Delta to Hope, 85% of B.C.’s lower Fraser salmon habitat no longer accessible to declining fish populations
Using field manuals from 170 years ago, scientists have identified the monumental impact human development has had on B.C.’s struggling Fraser salmon — and what can be done to reverse it.

Canada commits $340 million to Indigenous protected areas, guardians programs
The federal government announced it will provide funding over the next five years to support Indigenous-led stewardship of lands and waters under its $2.3 billion commitment to nature conservation. Matt Simmons reports.

Posted by Salish Sea Communications at 7:10 AM