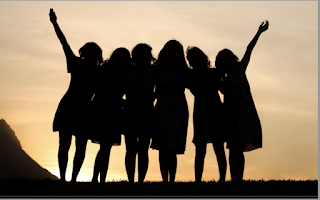 Aloha Friendship Friday!
The United Nations General Assembly proclaimed July 30 each year to be the International Day of Friendship. On this day, the United Nations encourages governments, international organizations, and other groups to hold events that promote dialogue among civilizations, understanding, solidarity, and reconciliation. One focus is on involving those who will become the future leaders—young people—in community activities that "promote international understanding and respect for diversity." If those diverse friendships can be built, then the participants' respective countries and the world will benefit for years to come.

B.C.’s rare inland rainforest at risk of collapse, international scientists warn in new study
The province’s unique inland temperate rainforest is home to endangered species and cedar trees more than 1,000 years old — but its old-growth ecosystems could be destroyed in less than a decade if logging continues at its current pace.

White House lays out environmental justice guidance
Two big themes of the first six months of the Joe Biden administration have been racial equity — the focus of one of the first executive orders the president signed — and environmental infrastructure, a big part of the infrastructure bill working its way through Congress. On Wednesday, those themes came together.

Underwater video shows heat-stressed salmon, but it could have been worse
June’s heat wave led to some unhealthy hot water for salmon. But, fish managers said it hasn’t been as devastating for salmon runs as the warm water temperatures were in 2015.

Monsanto Hit With $185M Verdict Over Teachers’ PCB-Related Brain Damage
A Washington state court jury sacked Bayer AG’s Monsanto unit with a $185 million verdict on Tuesday in a lawsuit filed by teachers exposed to toxic chemicals in a dilapidated school.

J-Pod returns to Salish Sea after 'unprecedented' 108-day absence
J-Pod is back in town. The group of endangered southern resident killer whales was spotted Tuesday near Sooke travelling eastbound on inland waters toward Victoria.

Lummi Nation totem pole arrives in D.C. after journey to sacred lands across U.S.
A 25-foot totem pole, intricately hand-carved and painted by Native Americans, arrived in the nation’s capital Wednesday afternoon after a two-week cross-country journey from Washington state, as part of a campaign to protect sacred tribal lands.

Posted by Salish Sea Communications at 6:59 AM