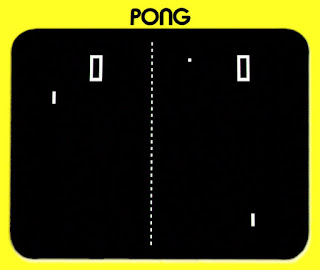 Aloha Pong Friday!
One of the very first arcade games to hit the market, Pong was a 1 or 2 player video game similar to tennis, where the goal is to use a paddle to hit a ball. Around 35,000 Pong consoles were sold around the world. Pong was released by Atari on this day in 1972.

William D. Ruckelshaus, who refused to join in Nixon’s ‘Saturday Night Massacre,’ dies at 87
William D. Ruckelshaus, a pragmatic and resolute government official who shaped the Environmental Protection Agency in the early 1970s as its first administrator and returned to the agency a decade later to restore its shattered morale after its watchdog powers had been muzzled, died Nov. 27 at his home in Medina, Wash. He was 87....A longtime Seattle resident, Mr. Ruckelshaus served from 2007 to 2010 as the first head of the Puget Sound Partnership, an environmental agency in Washington state. In 2015, President Barack Obama awarded him the Presidential Medal of Freedom, the nation’s highest civilian honor. Timothy R. Smith reports. (Washington Post)

King County judge presses pause on car-tab fee initiative
A King County Superior Court judge granted a temporary injunction blocking implementation of Initiative 976, which was scheduled to go into effect next week.  In order to get a preliminary injunction, attorneys have to show they're likely to win the case on its merits and that any harms resulting from the initiative would be immediate. Judge Marshall Ferguson agreed with a coalition of cities, counties and transit agencies on both of those counts. Simone Alicea reports. (KNKX)

Vancouver has banned plastics — but will it hold up, legally?
The City of Vancouver says its plastic ban bylaw will withstand legal challenge because it is governed by a different charter than the City of Victoria, which had a similar bylaw struck down earlier this year after a legal battle. On Wednesday, Vancouver city council voted to phase in a ban on plastic straws and plastic shopping bags. Under the bylaw, plastic straws will be banned starting in April, and plastic bags will be banned in January 2021. However, in July, a similar bylaw proposed by the City of Victoria — banning plastic bags — was struck down by the B.C. Court of Appeal after being challenged by the Canadian Plastic Bag Association. (CBC)


Kelp crisis? Decline of underwater forests raises alarms
They rival tropical forest in their richness and diversity, but Puget Sound's kelp beds have declined steeply in recent decades. Scientists are just starting to understand the extent of these losses through mapping projects and consultations with local tribes. What they are finding is bringing kelp to the forefront of Puget Sound's environmental concerns. Sarah DeWeerdt reports. (Salish Sea Currents)


Port Angeles city manger outlines objections to Rayonier cleanup proposal
City staff members plan to submit comments by Tuesday’s deadline objecting to the state Department of Ecology’s preferred alternative for cleaning up the former Rayonier pulp mill site, the city manager said. Port Angeles City Manager Nathan West said that the preferred approach “effectively creates a landfill on the highest and most usable portion of the Rayonier site and it creates a landfill in perpetuity.”


How to become an ink-stained wretch.
'I subscribe to a daily email roundup and summary of local environmental news called the Salish Sea News and Weather. Yesterday’s installment contained a story from Seattle’s KOMO News called “Got squid? Why officials say you should catch and eat it out of Puget Sound.” It went on to say, “Forget fishing for salmon. Puget Sound crab pots are so passé. Squid is in.” The upshot was that officials had tested local squid for heavy metals and other contaminants, declared them fit for consumption, and now we Pacific Northwest salmon-loving denizens should all switch to squid....' Karen Sullivan writes.