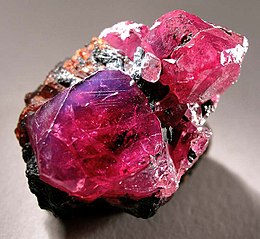 Aloha July Ruby Friday!
Rubies, the birthstone of July, are considered the king of gems and represent love, health and wisdom. It was believed wearing a fine red Ruby bestowed good fortune on its owner. A Ruby is the most valuable gemstone and its value increases based on its color and quality. (Wixon Jewelers)

Cost to replace salmon-blocking culverts running into billions, WSDOT says
The taxpayers’ cost to comply with a federal court order to improve salmon habitat by repairing state culverts has ballooned from $1.9 billion to $3.8 billion over the past dozen years, officials told legislators Thursday.

Mother orca Tahlequah and her dead calf, one year later. How did she change the conversation?
It was a year ago Wednesday that mother orca Tahlequah rallied attention to the plight of endangered southern resident killer whales and their struggle for survival.

Climate change: Current heating 'unparalleled' in 2,000 years
The speed and extent of current global warming exceeds any similar event in the past 2,000 years, researchers say.

Posted by Salish Sea Communications at 11:22 AM