Here's a week's end selection of some news items collected in this past week's Salish Sea News and Weather, a weekday compilation provided as a community service by Mike Sato. To subscribe, send your name and email to msato (@) salishseacom.com. Your email information is never shared and you can unsubscribe at any time. 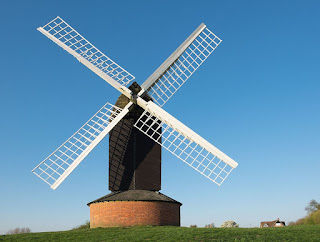 Aloha Big Wind Friday!
A windmill is a mill that converts the energy of wind into rotational energy by means of vanes called sails or blades. Centuries ago, windmills usually were used to mill grain, pump water, or both. There are windmills that convert the rotational energy directly into heat. (Wikipedia) ~Wind doesn't blow; it's sucked. Bucky Fuller~


Black hole! The big, Big BIG news this week was far, far away from the Salish Sea: NPR's Bill Chappel (and many other news outlets) told about our first look at a black hole Watch: Earth Gets Its First Look At A Black Hole  The scientific work was done by teams of many but special recognition went to Katie Bouman, a 29-year-old computer scientist who helped develop the algorithm that created the first-ever image of a black hole.  Katie Bouman: The woman behind the first black hole image And, with the world’s first image of a black hole made with the help of two Hawaii telescopes, astronomers say it was only right to give it a Hawaiian name: Powehi a name sourced from the Kumulipo, the Hawaiian creation chant.


BC Big Pipe. Alberta premier Rachel Notley might be right that approval for the twinning of the Trans Mountain pipeline will get approval in May B.C. Green leader agrees Trans Mountain pipeline approval could come as soon as May  Meanwhile, President Trump in Texas acts to speed up construction of oil and gas pipelines by getting rid of “state-level abuse of water-quality certifications.” Trump's order would make it harder to block pipelines, and projects such as Longview coal-export terminal

Oil to China. At the same time twinning moves to approval, David Carrigg reports that the First crude oil shipment of the year bound for China has left Vancouver. In an earlier article this week, Carrigg reported that "This followed a record year for China, where it bought 6.56 million barrels of crude (12 tanker loads), or almost one-third of all the crude shipped out of B.C. in 2018. According to Port of Vancouver records, China imported crude from B.C. every year between 2008 and 2018, except 2016 and 2017."


Save the shoreline. Stories about why alterations to the shoreline harm fish and whales have been told many times but Eilis O'Neill tells it again and what lawmakers are doing about it this session. Tougher rules aim to save salmon habitat for the good of Puget Sound orcas Late Thursday, Amy Carey of SoundAction posted that the Washington House and Senate had both approved seawall legislation and the measure is being sent to the governor for his signature. Stay tuned for details.


No whale watch ban. Despite a three-year moratorium on commercial whale watching being a top recommendation of the Orca Task Force, the Legislature won’t ban orca-watching boats in Puget Sound


Go shellfish. After years of closure due to pollution, Portage Bay has been declared clean enough from April 1 to June 30 for the Lummi Nation to harvest shellfish on about 800 acres These shellfish beds were closed because of fecal pollution. But there’s ‘big change.’


Victoria flushed. Megan Thomas at CBC reports that the Greater Victoria's sewage treatment system could be at least $10M over budget Construction is on time but the cost is expected to rise from the original $765 million estimate.


Have a good weekend. Be safe. Have fun. Stay involved.

Posted by Salish Sea Communications at 10:21 AM