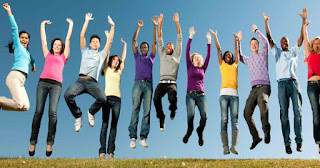 Aloha World Happiness Friday!
First celebrated in 2013, International Day of Happiness was created by the United Nations to highlight the role of happiness in helping people lead fulfilling lives around the world. The resolution recognized "the relevance of happiness and well-being as universal goals and aspirations in the lives of human beings around the world and the importance of their recognition in public policy objectives," and also recognized "the need for a more inclusive, equitable and balanced approach to economic growth that promotes sustainable development, poverty eradication, happiness and the well-being of all peoples." All 193 United Nations member states adopted the resolution. The resolution was initiated in part by Bhutan, a country that had earlier adopted the goal of Gross National Happiness (GNH) instead of Gross National Product (GDP), after beginning to focus on national happiness over national income in the early 1970s.

Climate activists disappointed by session outcome: new goals set, but action lags behind
Lawmakers did commit to setting new limits and getting to net-zero carbon by 2050. But they failed to pass the bill that activists say would have made the most progress in actually cutting carbon, the so-called clean fuel standard.

Metro Vancouver prepares for possibility of $30B flooding in Fraser Valley
According to Steve Litke, a senior manager with the Fraser Basin Council, major flooding throughout the Fraser Valley could cause up to $30 billion in damages and displace up to 300,000 people.

Climate Push Loses Momentum as World Fights Coronavirus
The coronavirus virus has postponed world climate meetings to draft agreements in advance of the UN’s next global climate meeting, scheduled to take place in Glasgow in November.

$40B LNG project cuts hundreds of workers to prevent COVID-19 spread in B.C. work camps
The biggest private investment infrastructure project in Canadian history is slashing staff as it tries to prevent COVID-19 infections from getting a foothold in workers' camps in northwestern B.C.

Jordan Cove Energy Project Gets Federal Approval But Oregon Permit Denials Remain
Thursday’s vote by the Federal Energy Regulatory Commission does not mean the project can move forward because Pembina, the Canadian fossil fuels corporation behind the project, still needs to qualify for Oregon permits, three of which have been denied.

Posted by Salish Sea Communications at 10:22 AM