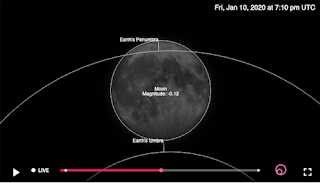 To Fight Climate Change, One City May Ban Heating Homes With Natural Gas
As a progressive-minded city nestled where the Cascade mountains reach the sea, Bellingham, Wash., has long been looking to scale back its contribution to climate change... Now, Bellingham is looking to do something that no other city has yet attempted: adopt a ban on all residential heating by natural gas.


Environment groups, logging interests and communities across Washington sue over state's plans to sell timber
Two more lawsuits have been filed against the Washington Department of Natural Resources (DNR) over its plans for state-managed timber lands, further clouding the future of the state’s forests and the timber money that helps support rural communities throughout Western Washington.


White House wants to change environmental rules to speed up highway projects, pipelines and more
The White House is moving to exempt projects without significant federal funding from environmental reviews that have been required for 50 years, a major shift that would make it easier to build mines, expand airports and lay pipelines, among other things, according to three people familiar with the proposal. See also: How Trump’s Environmental Policy Rollback Affects The Northwest

Backlog of toxic Superfund clean-ups grows under Trump
The Trump administration has built up the biggest backlog of unfunded toxic Superfund clean-up projects in at least 15 years, nearly triple the number that were stalled for lack of money in the Obama era, according to 2019 figures quietly released by the Environmental Protection Agency over the winter holidays.